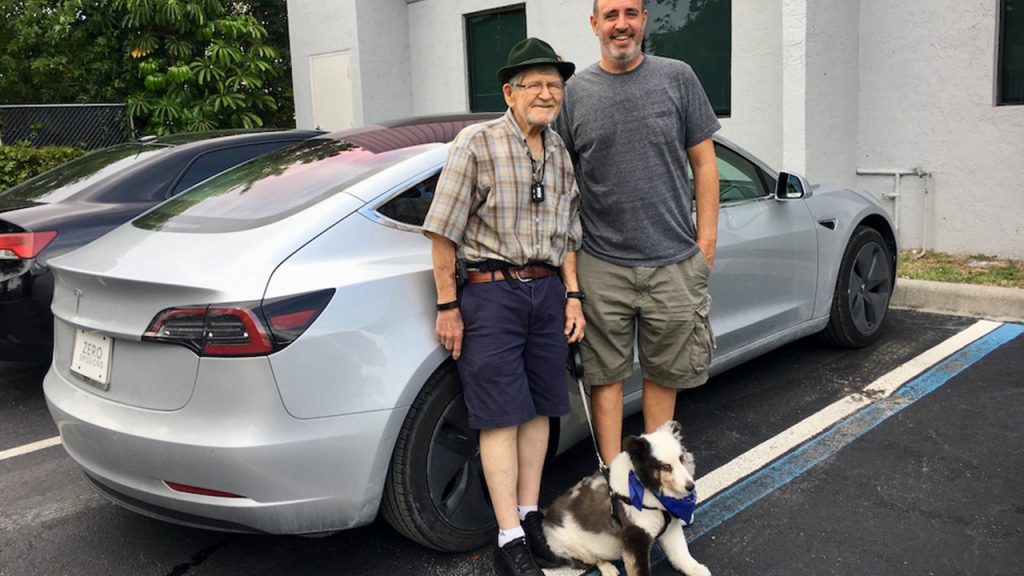 Thanks to TeslaRati we got to hear the story of this awesome gentleman and his dog, Anya.

Wesley is 83-years old and he drives a brand new silver Tesla Model 3. He got his car in March and thinks he might very well be the oldest Model 3 owner. He lives just five miles from the Tesla factory, in Fremont, California.

He explained that he had been taking care of his wife Marilyn, who suffered from Alzheimer’s disease, for the last 10 years. Shortly after Marilyn died, Wesley took ownership of his Tesla Model 3.

So with no reason to stay anymore, he decided to start working on a dream of his — driving across the country in his very first all-electric vehicle. He drove from Fremont, CA to Vero Beach, FL, where he was born and raised. Before he left he set up visits with friends and family that he hadn’t seen in years.

He said it was an easy and enjoyable ride, although he did have to learn about the technology in the car. What an awesome thing to be able to accomplish, you’re never too old!