Tesla has been looking at different cities across the country as potential homes for its new assembly plant.

Now, Tesla has picked the Austin, Texas, area as the site for its largest auto assembly plant employing at least 5,000 workers. The new factory will build Tesla’s upcoming Cybertruck pickup and will be a second U.S. manufacturing site for the Model Y small SUV.

The automaker will build on a 2,100-acre site in Travis County near Austin and will get more than $60 million in tax breaks from the county and a local school district over the next decade. The company has pledged to invest $1.1 billion and said it will pay a minimum wage of $15 per hour to employees and provide health insurance, paid leave, and other benefits.

Musk is not new to Texas. It’s currently where his SpaceX rocket company has operations, in Brownsville and in McGregor north of Austin.

The Fremont factory currently is Tesla’s only U.S. assembly plant. And while the Austin factory will be Tesla’s biggest so far, it may not employ as many workers as the Fremont plant. 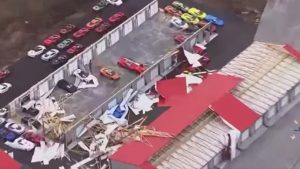 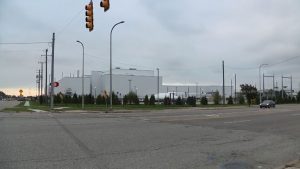