Truck owners across North Texas are frustrated and say their Chevy Silverados are being targeted. Even trucks with security devices are being taken.

In the latest targeting scheme, thieves have their eyes on trucks and are disabling their OnStar computer systems in minutes, which makes them almost impossible to track. News outlets throughout the Dallas area are talking with several of the local owners who’ve had their pickups stolen.

Although all the cases are similar, an incident that caught everyone’s eyes recently is a Silverado that was found abandoned on the road with the wheels, interior, and even bed missing.

The thieves are willing to do just about anything to make a buck. And they are skilled at taking the vehicles. Almost every owner asked said that no glass was broken, their keys weren’t used and the OnStar was disabled so fast that a lot of these people said OnStar’s last known location was in front of their house.

Police reports have been filed for each truck and local police departments are suggesting owners get another security system and install cameras around their property to catch or deter potential thieves.

Police are reporting that 2015 to 2018 Chevy Silverados are being targeted by thieves because they’re able to disable the OnStar tracking system.

While typically, car part thieves target pieces like catalytic converters or other high-dollar metal parts, they’ve also been known to target pickups for their tailgates. 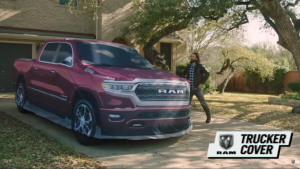