The USS Hornet was an aircraft carrier that fought long and hard during the Second World War and played a huge role in the Doolittle Raid and Battle of Midway where it gained victory for the United States. During the Battle of Santa Cruz Islands in 1942, the Hornet was relentlessly attacked by Japanese Imperial Army dive-bombers and torpedo planes. Men were told to abandon ship. That’s when the Hornet met its demise and sank a long, dark 3.5 miles down to the ocean floor. 140 men lost their lives during the battle. 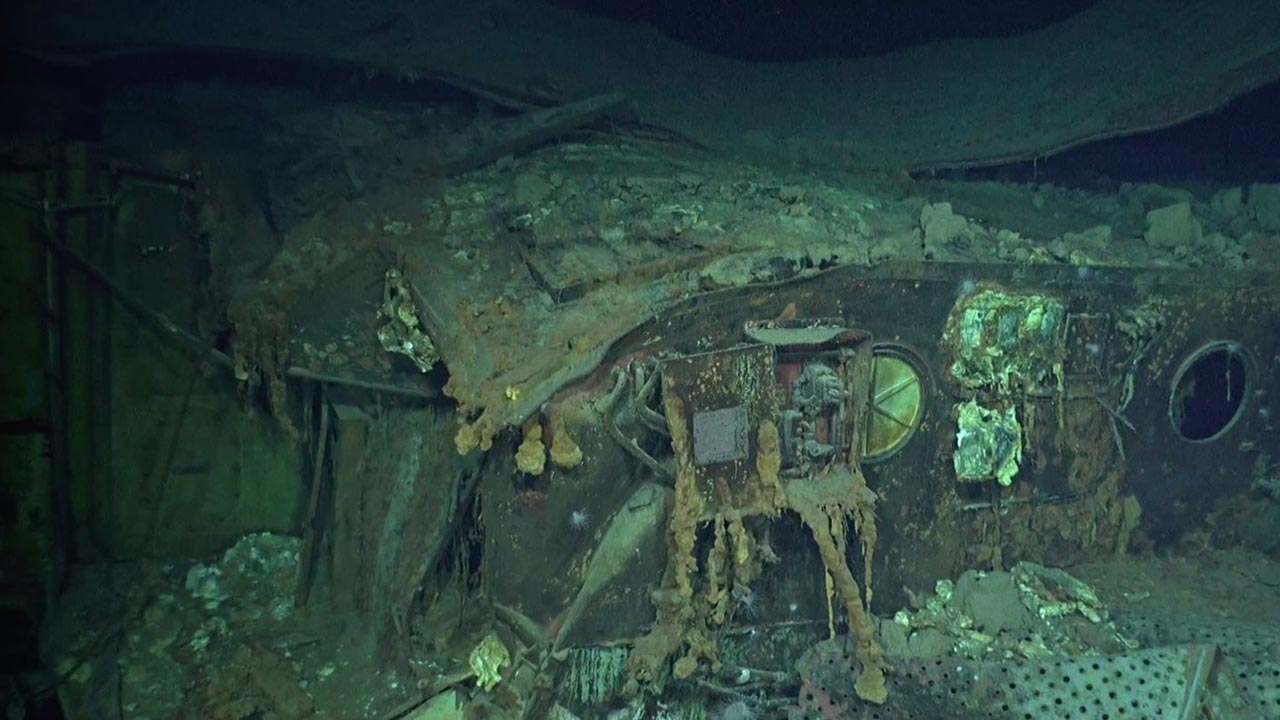 For 77 long years, the famed USS Hornet wreck has finally been found, and it is sitting three and a half miles deep on the Pacific Ocean floor. The location of the wreckage will be kept a secret, although its resting place is near the Soloman Islands. 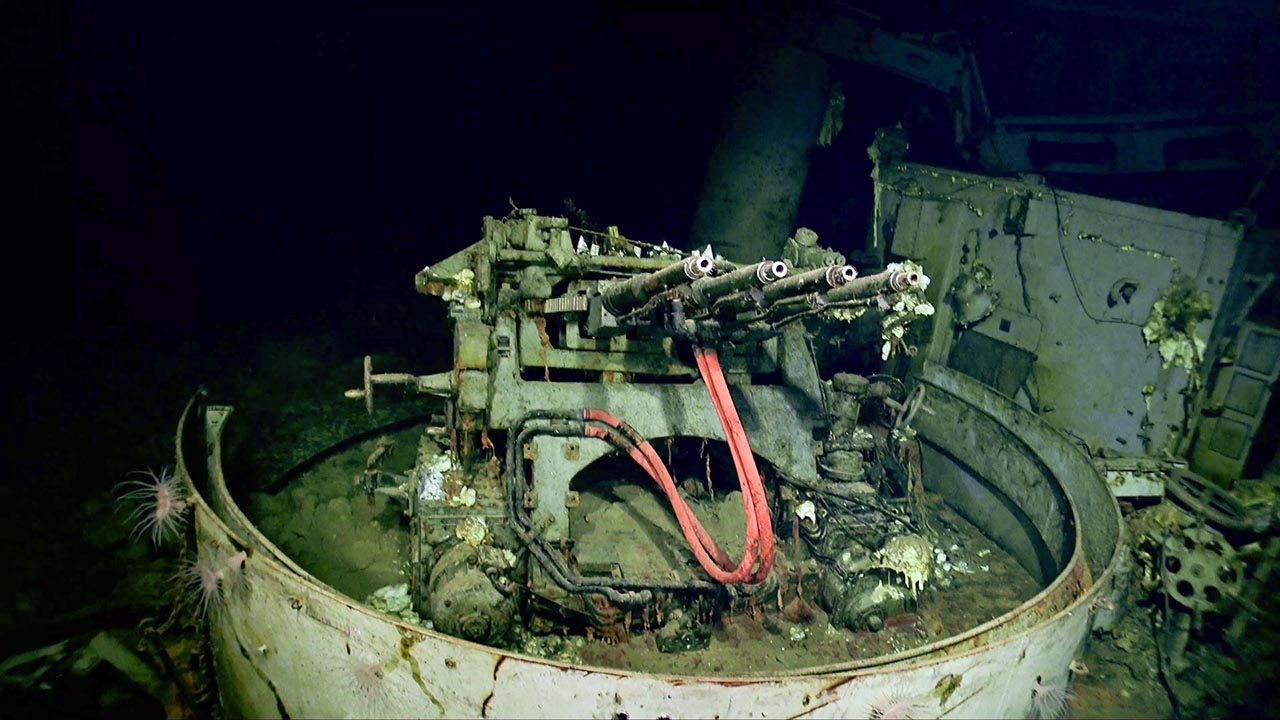 It was discovered by the exploration team Vulcan Inc. aboard the R/V Petrel and was funded by the Paul Allen estate. A deep-sea sonar drone was able to detect the sunken aircraft carrier sitting 17,500 feet (5,330 meters) below the Pacific’s surface. To get upclose and personal with the sunken wreckage, they sent a remotely operated underwater vehicle (or ROV) into the depths of the ocean to survey the site even further. While down there, it confirmed that it was indeed the wreckage of the USS Hornet with a glimpse of its naval designation, CV-8. 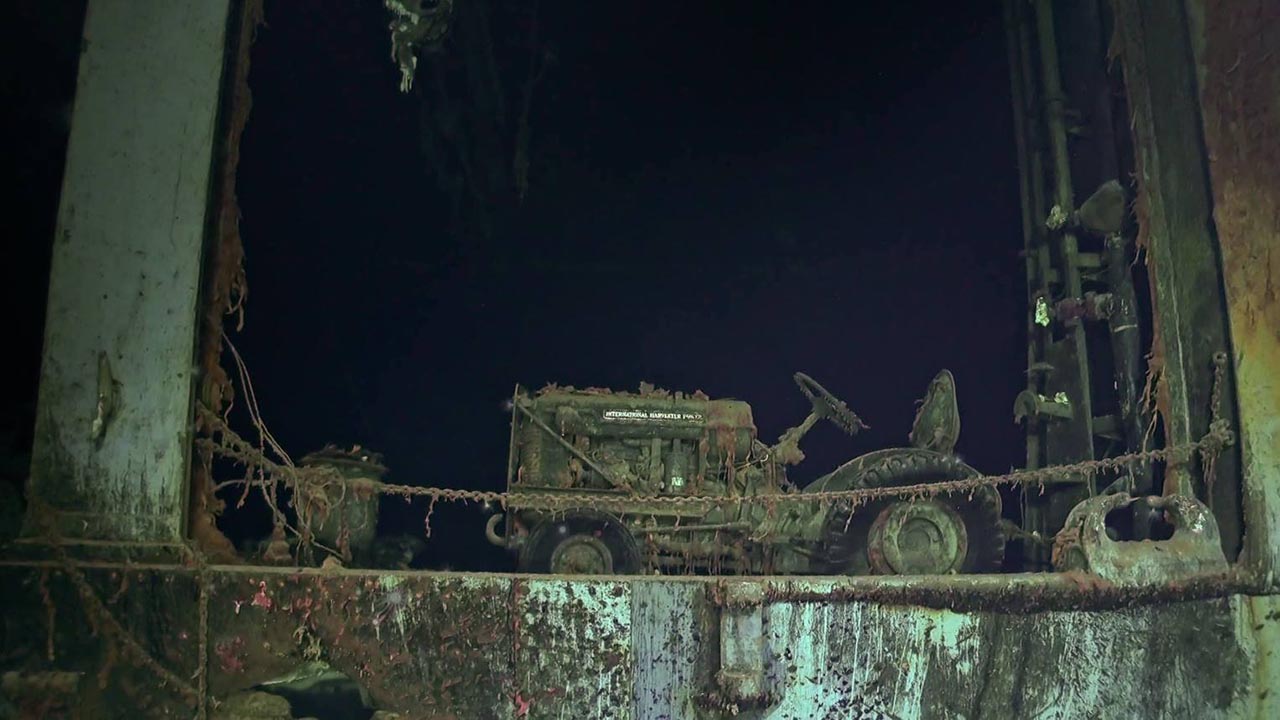 Looking at these photos of the Hornet wreckage and you’ll see that the 5-inch guns still point up, and there’s the ship’s hull sports a large hole. An International Harvester aircraft tug also sits eerily upright in its position. They also came across a hanging jacket and a care kit complete with a toothbrush. 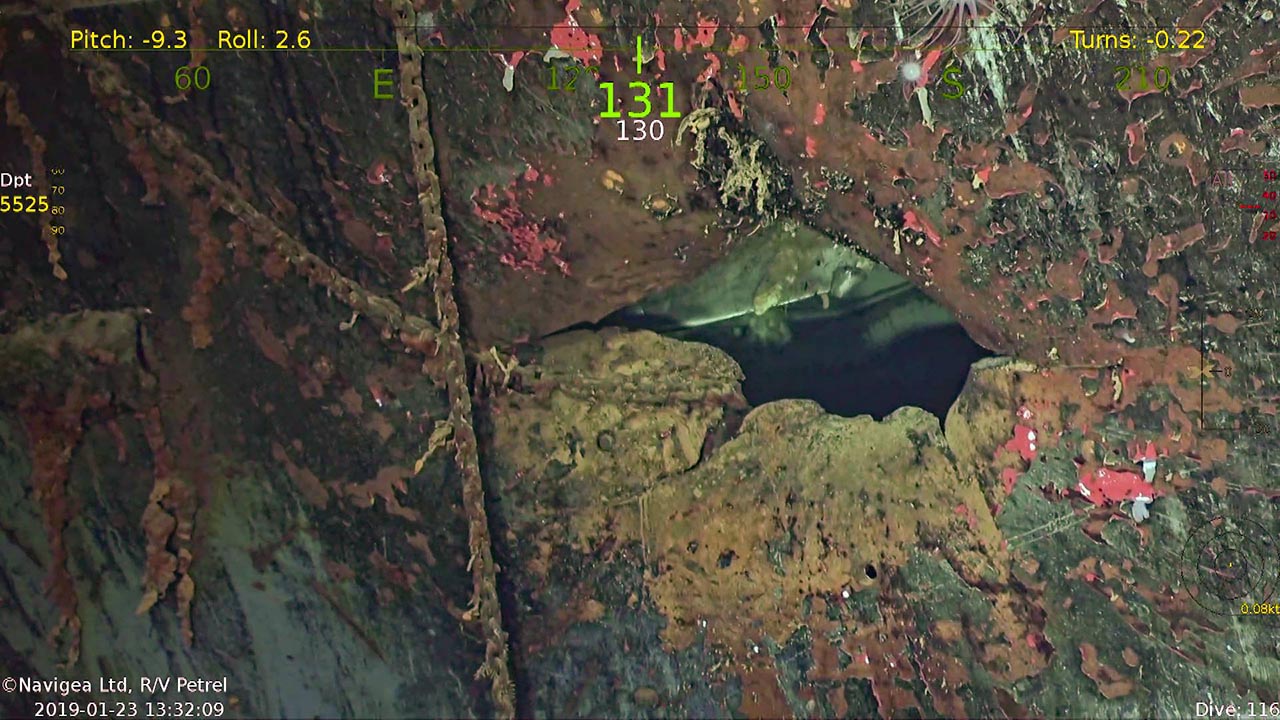 Richard Nowatzki, 95, was stationed on the ship as a gunner and was positioned with the 5-inch gun that was seen on the ROV’s video. Richard remembers it fondly. While exploring with the ROV, the Petrel crew even found the gun that Nowatzki himself had used on the ship. He jokes, “there’s $40 in my locker, you can have it.” 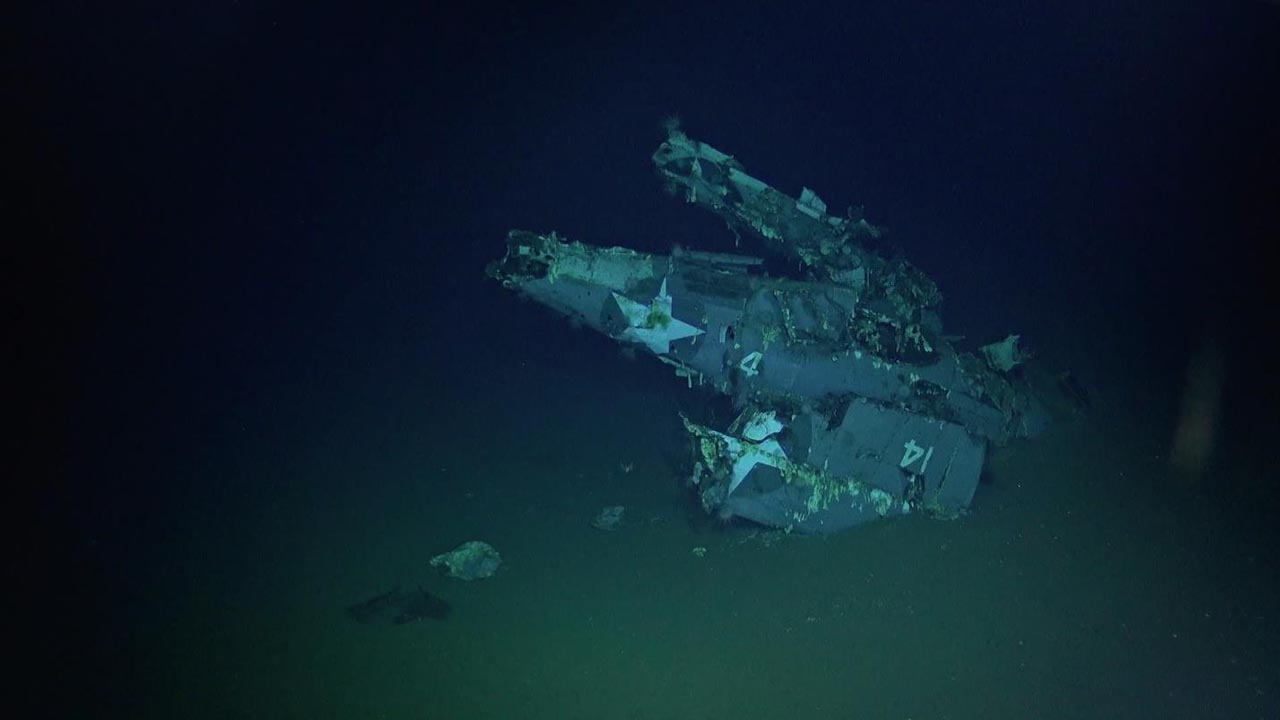 “When they left, we were dead in the water,” Nowatzki said. “They used armor-piercing bombs. Now when they come down, you hear ’em going through the decks … plink, plink, plink, plink … and then when they explode the whole ship shakes.”

“Thank you for honoring me this way.” 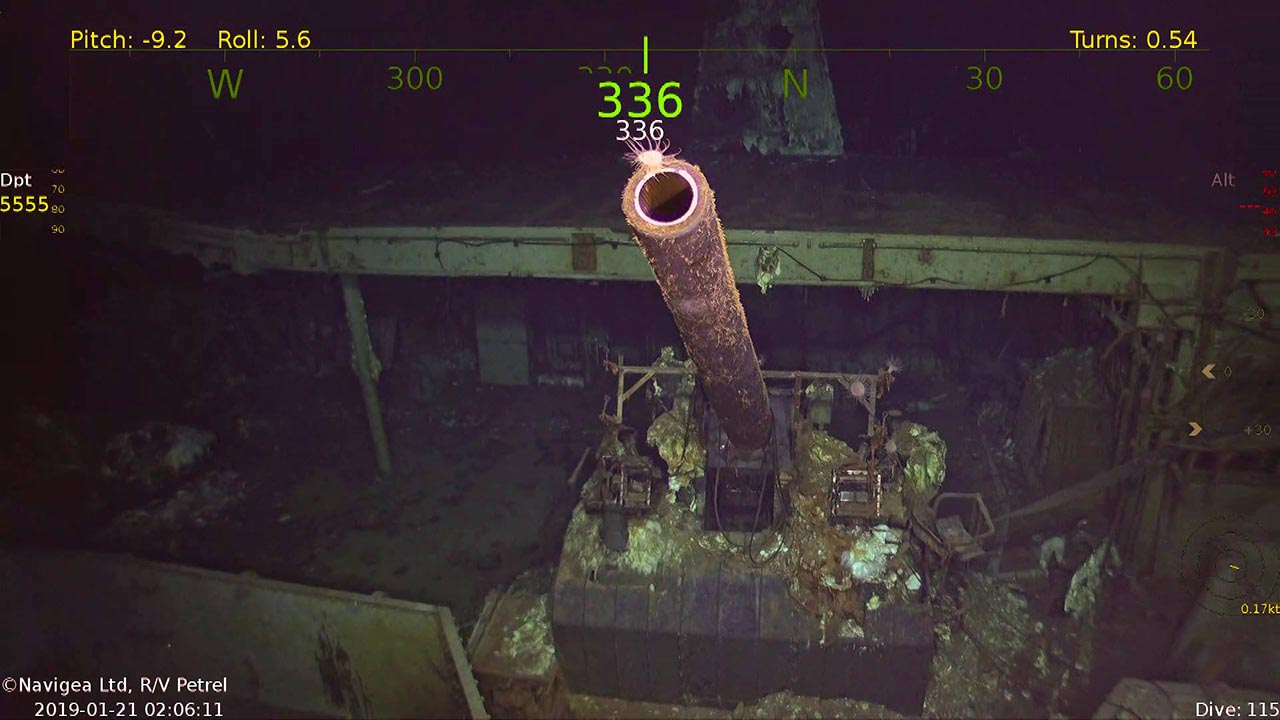 Other findings have been discovered by Paul Allen’s team. They have uncovered USS Juneau, USS Lexington, and the USS Indianapolis among many others.