The logo for the 2020 mid-engine Chevrolet C8 Corvette has been leaked!

GM-Trucks.com published a video of the new Corvette’s startup animation. It’s unclear where the original media came from but it was stated that the info was publicly available since November and passed on via a source.

There are some slight differences to the new badge; it’s slightly elongated toward the bottom, the angle of the flags seem to be more acute compared to the current logo.

The “Corvette” script is also updated, as you can see above. Rather than the letters sort of flowing into each other, the new font features separate letters with no connecting lines as seen in the start-up animation of the current car. You can see the current C7 script below: 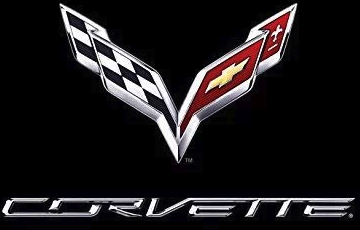