April snow is causing issues for Chicago drivers. Luckily, the roadways are significantly emptier these days of this could have been much worse.

Fourteen people were hospitalized Wednesday morning after dozens of cars were involved in an early morning highway pile-up. Fortunately, none of the injuries listed are life-threatening.

The CFD reports the multi-car crash on the Kennedy Expressway involved almost 60 cars after arriving on the scene at around 5:45 a.m. Reports indicated low traction on the highway was the cause of the crash.

Chicago Fire is asking residents to avoid the Kennedy Expressway. 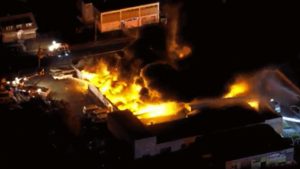