Seatbelts Could Be Takata’s Next Downfall

Remember the infamous Takata airbag recall that just wouldn’t end? Well the manufacturer is back in the spotlight with a new possible defective product.

Shockingly, 9 million substandard seatbelts, even belts for child car seats, were shipped and Takata has manipulated safety test data for the last 20 years. The inaccuracies were found in reporting from the factory in Hikone, Japan and JSS said the inaccuracies came to light before its acquisition of the plant.

The Japanese transport ministry has asked for an investigation report and has also told automakers to prepare for recalls of the seatbelts in question.

Reports have said the ministry is still investigating how many cars were affected by the issue and whether any such vehicles were shipped to markets outside of Japan. JSS Japan is the top seatbelt maker in the country. 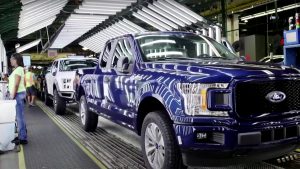