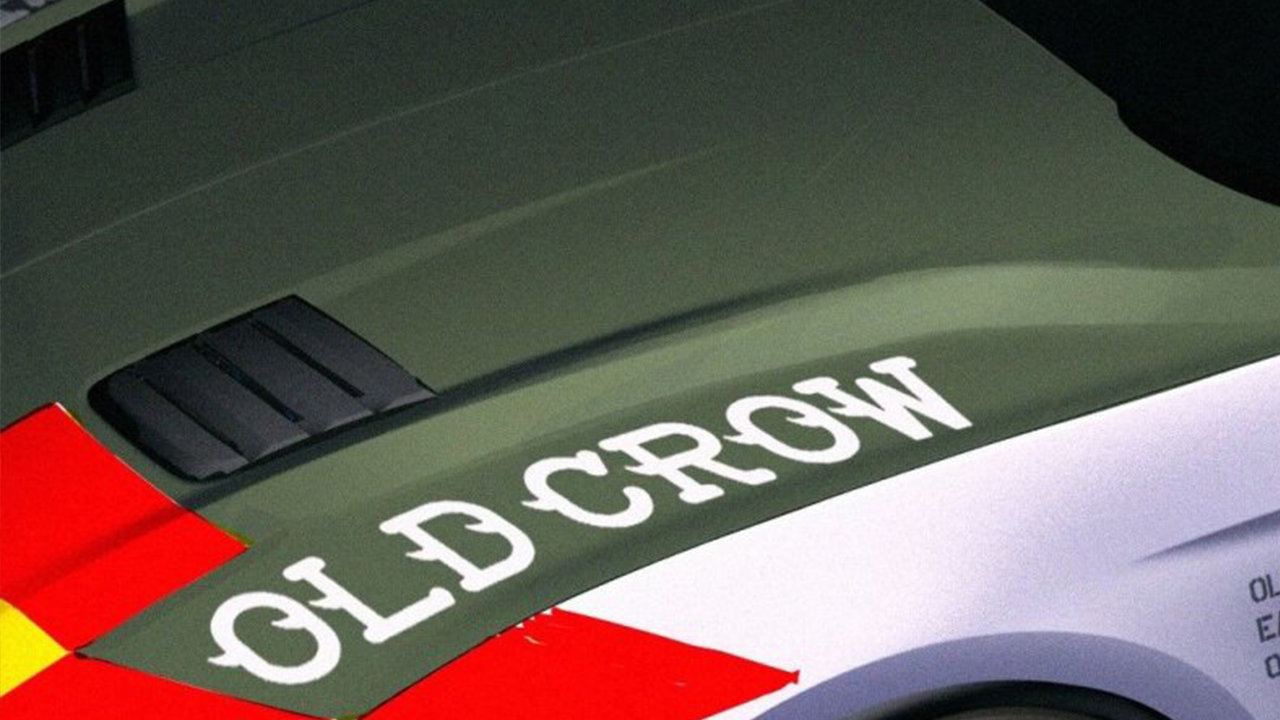 In timing with D-Day commemorations, Roush Performance and Ford released a teaser image of its latest custom creation. A 2019 Ford Mustang called “Old Crow” is in the works as a tribute to WWII triple ace, Col. Bud Anderson. Anderson flew P-51 Mustang fighter planes also names Old Crow. Anderson flew two combat tours and 116 missions in his P-51 Mustangs he nicknamed Old Crow. He was never hit by enemy fire, including while providing aerial support to Allied troops on D-Day. Anderson spent more than six continuous hours in flight that day in his P-51 Mustang.

Built by Roush Performance to mark the 75th anniversary of the Allied invasion of Normandy, the “Old Crow” Ford Mustang GT will be auctioned July 25 at “The Gathering” annual auction during the Experimental Aircraft Association’s 2019 AirVenture in Oshkosh, Wisconsin. All proceeds from the auction will be donated to the Experimental Aircraft Association’s Aviation Foundation, which encourages and educates the next generation of pilots.

“This year’s design is especially fitting for the 75-year commemoration of D-Day and the special place we reserve for heroes like Col. Anderson and countless others who demonstrated unparalleled valor and sacrifice,” said Craig Metros, Ford design director. “It’s an annual highlight for many on the Ford design team to pay homage to our war heroes by creating a custom tribute vehicle to support the next generation of aviators.”

Ford has supported the Experimental Aircraft Association’s AirVenture for 21 years, building and donating 11 custom-designed vehicles to help raise more than $3.5 million to date. These include the 2018 Eagle Squadron Mustang, 2016 “Ole Yeller” Mustang and 2015 Mustang Apollo Edition. Of the vehicles Ford has donated for auction at AirVenture, the 2008 Mustang AV8R sold for the highest price of $500,000.

Anderson, 97, earned more than 25 decorations, including the Distinguished Flying Cross, Bronze Star and Air Medal. He flew two tours with the 363rd Fighter Squadron of the 357th Fighter Group and is recognized as the third leading ace with 16 aerial victories.

The P-51 Mustang is a single seat, single engine fighter originally produced in 1940 by North American Aviation. Variations of the plane were used in WWII and Korean War, among other conflicts, and specialized in long range, high altitude escorts. Roush, a longtime friend of Anderson’s, has previously restored a vintage P-51 Mustang airplane with “Old Crow” badging to honor Anderson.

Look for additional details on the “Old Crow” Ford Mustang GT to be revealed in the coming weeks.

Bidding at “The Gathering” auction is open to all interested parties. Bids can be made in person or remotely online.