Someone just happened to grab some sneaky footage of the new C8 Corvette testing at Sebring International Raceway under the veil of night. Clad in camo, the car is seen making some hot laps in the dark with noticeable flames shooting from the exhaust. It sounds modern, making the rumors of a mid-engine turbo V-8 Corvette even more realistic. The C7.R runs a 5.5-liter V8 that is naturally aspirated. It has been rumored (but not confirmed) that this all-new C8.7 will feature that same 5.5L displacement but with twin turbos. 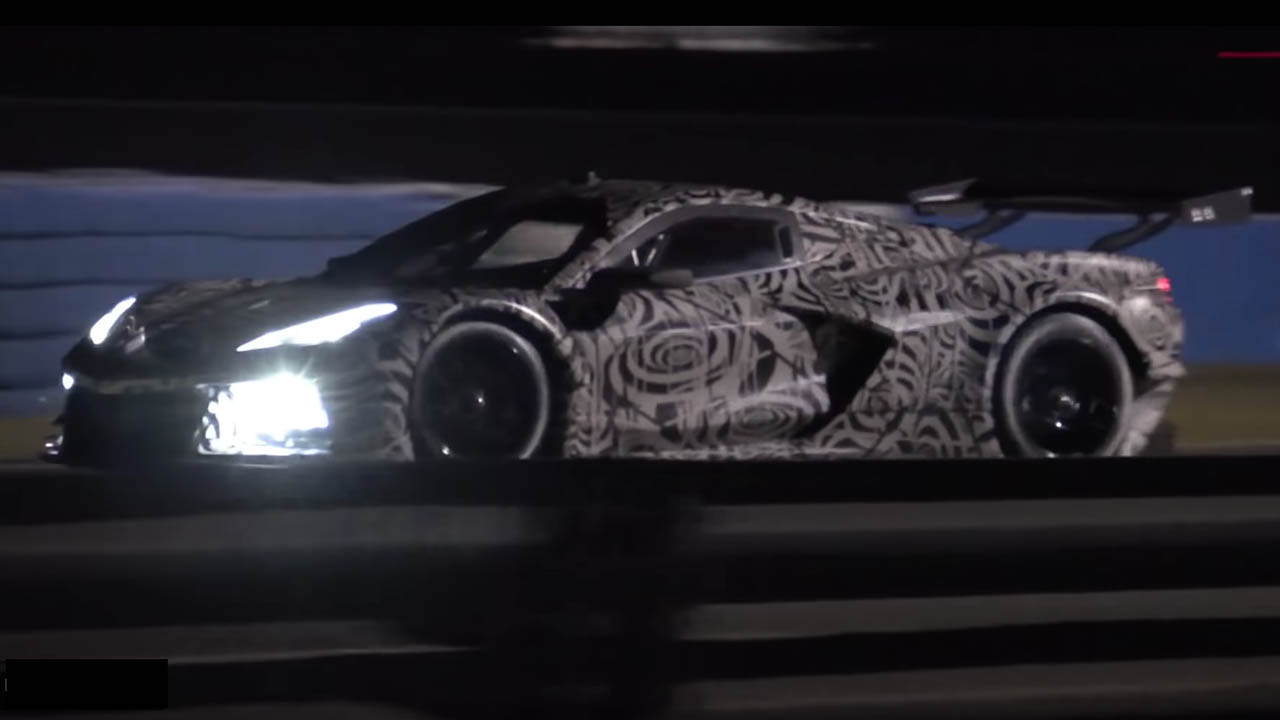 This Corvette will likely keep the “.R” name from its predecessors and will match with race cars such as Ferrari 488, Aston Martin Vantage, and Ford GT. In the 2020 race season, it will probably replace the C7.R in the GT Le Mans class of the WeatherTech SportsCar Championship and the GT class of the World Endurance Championship.