We know Ken Block and his Hoonigan/Ford Performance Racing team isn’t going back to rallycross. But that doesn’t mean he won’t continue to pump out awesome donut, drifting, gymkhana-type videos. Here’s proof of that. And his newest video features an old car. But it’s new to him so naturally, it’s going to get put through the ringer.

His new ride? A 1991 Ford Escort Cosworth. It’s most definitely a step down power-wise from his famous pony car but there is a perk: it’s street legal. Some background on the Escort Cosworth for you in case you’re not familiar. It’s a Group A car that was actually later developed into a WRC machine. It’s a chassis from a Ford Sierra wrapped in a front-wheel-drive Escort’s body panel. Under the hood, it houses a 2.0 with a huge turbo. Production of the car stopped in 1996 with only around 7,000 being produced. But that hasn’t stopped gearheads from modifying and tuning the ones that are out there to be the best race/rally cars they can be. And with one in the hands of Ken Block and his team now, we’ll see how gnarly this thing will get! Stay tuned for more footage of Block and his new toy. 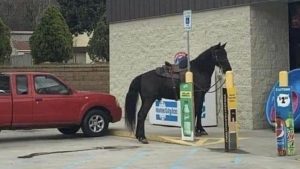 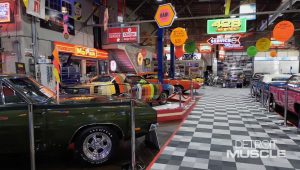