Even With Doubled Production Run, 2021 Bronco Sold Out Again

If you were hoping to add a 2021 Bronco to your garage, and haven’t gotten your order in yet, you may be out of luck.

When the highly-anticipated Bronco opened up for orders on July 13, Ford offered a run of 3,500 specially equipped First Edition models priced at $60,800, and to no surprise, they were all gone within hours. People that put their names on the reservation list were notified earlier this week that Ford was doubling the run. The automaker also reminded them they are free to cancel their refundable reservations since the trucks would now be half as rare.

People weren’t ready to give up that easily. Ford has confirmed that the second batch of reservations is already sold out. This means Ford has at least $212,800,000 in revenue when production begins next year if everyone converts follows through with their orders.

Lots of people are asking…will there be a third run for the Bronco First Edition? Unfortunately, for those who missed out, a company spokesman has said that this is a one-time increase due to overwhelming demand. 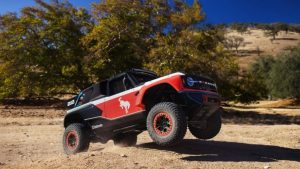 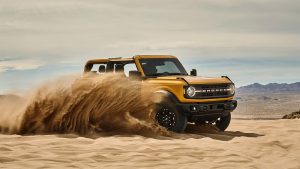