If you’re the owner of any of the vehicles listed below, you may want to be sure and keep an extra eye on it. According to a study done by the Highway Loss Data Institute (HLDI), they are the most likely to be stolen. They use data from insurance claims on vehicles between the 2016 and 2018 model years to find the models most and least likely to be targeted.

If you notice, nearly all 20 models with the highest theft rates are either vehicles with big engines, luxury vehicles or pickups.

Interestingly enough, the Cadillac Escalade is now absent from the list after leading it for several years. Partly because the large luxury SUV now has more competition in that category and partly because Cadillac added more antitheft features beginning with the 2015 model year.

While the list isn’t incredibly surprising, the 3 series is a bit of a shock. Although thieves are now getting interested in parts like side mirrors, rather than the entire vehicle for higher-end cars. 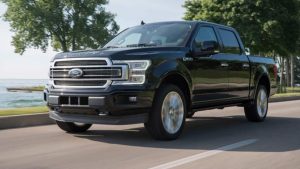