This Couple Is Driving Their 1951 Chevy Pickup Over 19,000 Miles From Argentina to Alaska

Who doesn’t love a good road trip? This is the second couple lately to go viral for a road trip of epic proportions. Andre Jardim and Julia Prates, a couple are taking their 1951 Chevrolet 3100 pickup truck from Tierra Del Fuego to Prudhoe Bay, Alaska via the notorious Pan-American Highway. That’s over 19,000 miles of driving.

The couple moved into the Chevy full-time in May 2018. Although it recently became their home, the truck, named “Mary Lou”, had been in their family for around 30 years.

The truck underwent extensive mechanical restoration to ensure it would be ready for the big trip. Under the hood, the truck is still equipped with a 235-cubic-inch inline-six and three-speed transmission. It doesn’t even have four-wheel-drive!

To make it liveable, a bed-mounted camper makes for a tidy sleeping space. Inside, there’s a bed, a small table, and that’s about it. The Chevy’s ancient electrical system was converted to 12 volts so they can power any additional accessories.

While van living and conversions are nothing new, driving them across continents is still a major feat. The Pan-American Highway is actually a network of interconnected highways, byways, and rural roads that run the length of the two continents which make it possible to drive the entire length in one shot.

The trip consists of several challenging factors including but not limited to: highly variable terrains, multiple seasons and no fewer than 14 separate border crossings. With all that in mind, Jardim and Prates have full trust in their old truck! 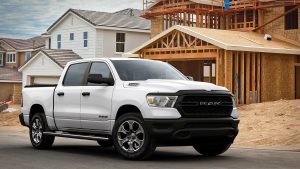 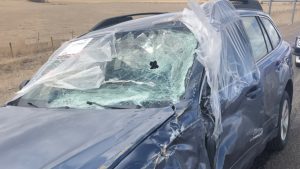 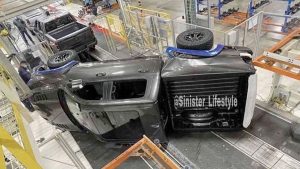