The Priciest New Car Is This $19 Million Bugatti 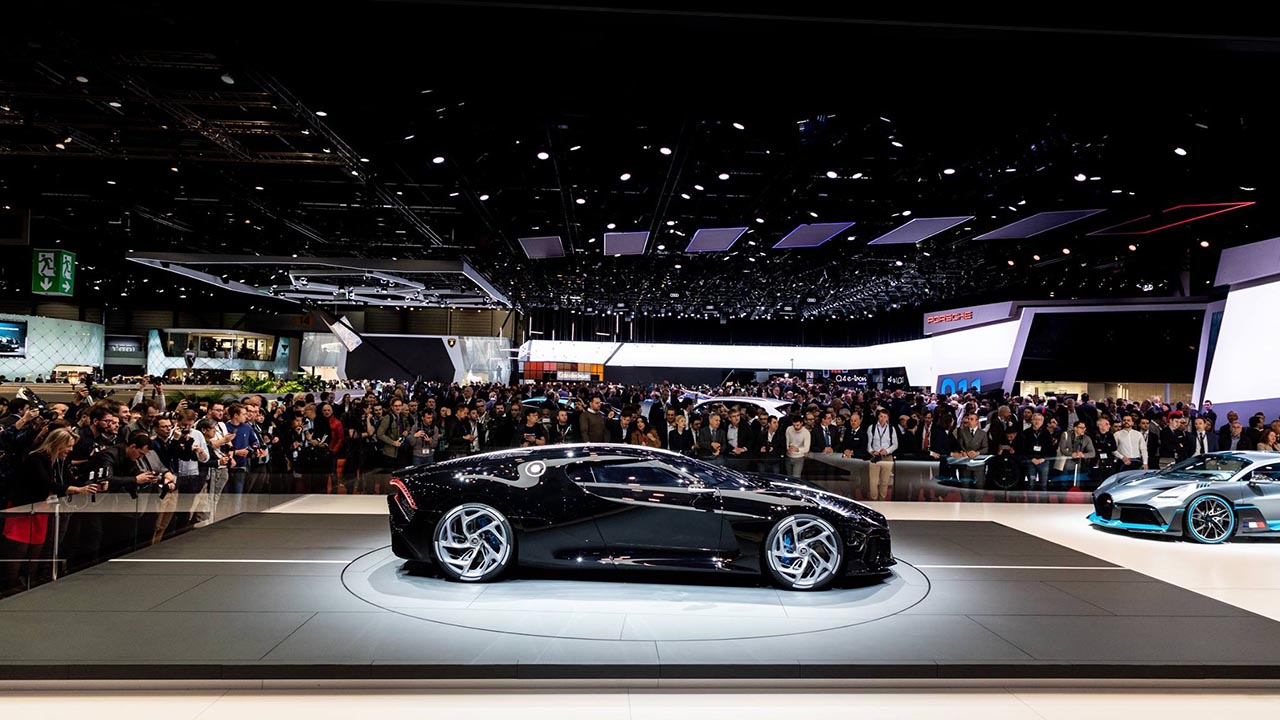 Bugatti just displayed their latest and most expensive creation at the Geneva Auto Show in Switzerland – this $12.5 million Bugatti La Voiture Noire. Sure, that’s a lot, and that price is before tax. With tax included, this car costs about $19 million.

The name La Voiture Noire means “the black car” in French. It has four turbochargers mated to the 8.0-liter W16 and is rated at 1,479 hp and 1,180 lb-ft of torque, the same as the $3 million Bugatti Chiron. The body is made of hand-built carbon fiber and features deep glossy black paint. It doesn’t have a quad-tip exhaust, but six tips allow for exhaust gases to exit. Bugatti calls this “the most expensive car of all time”. 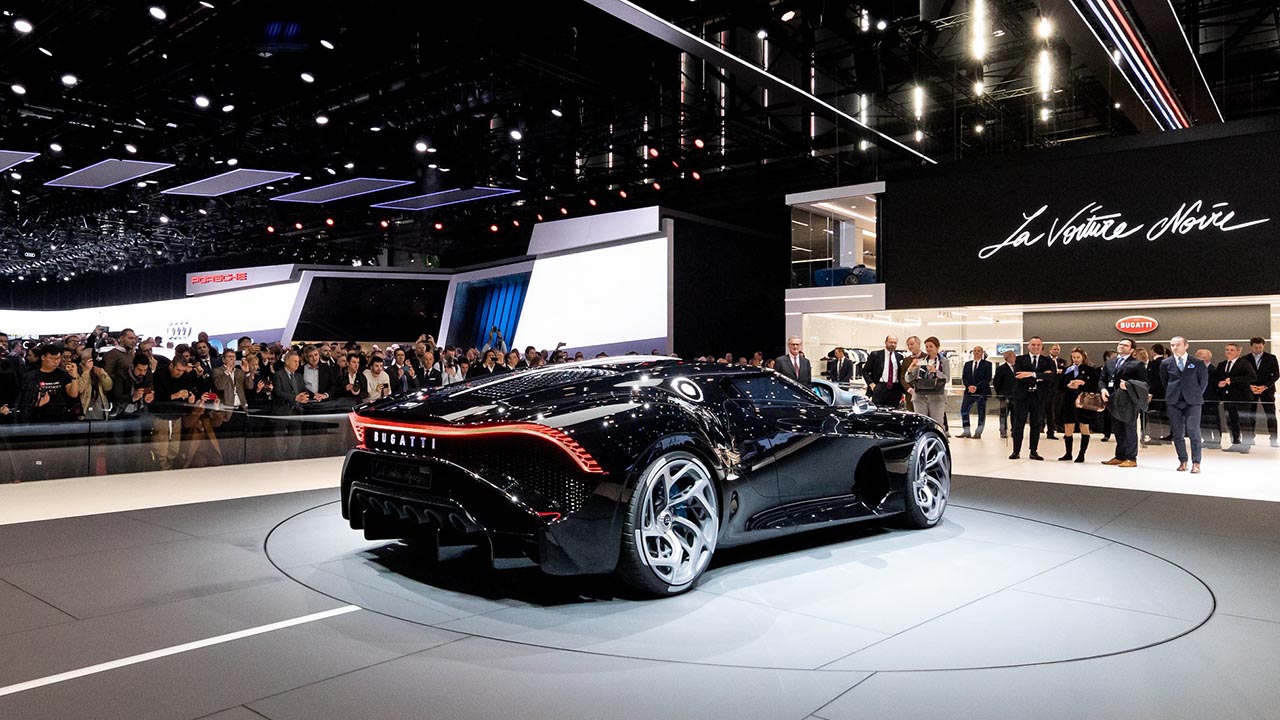 This one-of-one La Voiture Noire commemorates the Bugatti Type 57SC Atlantic from the 1930s. Just four of the Atlantic cars were made between 1936 and 1938, and only three are known to still exist. According to Hagerty, these cars are considered to be some of the most expensive cars in the world with a worth of about $50 million. The fourth car, a black Atlantic 57, disappeared sometime before World War II when Germans invaded France. The car was never found. 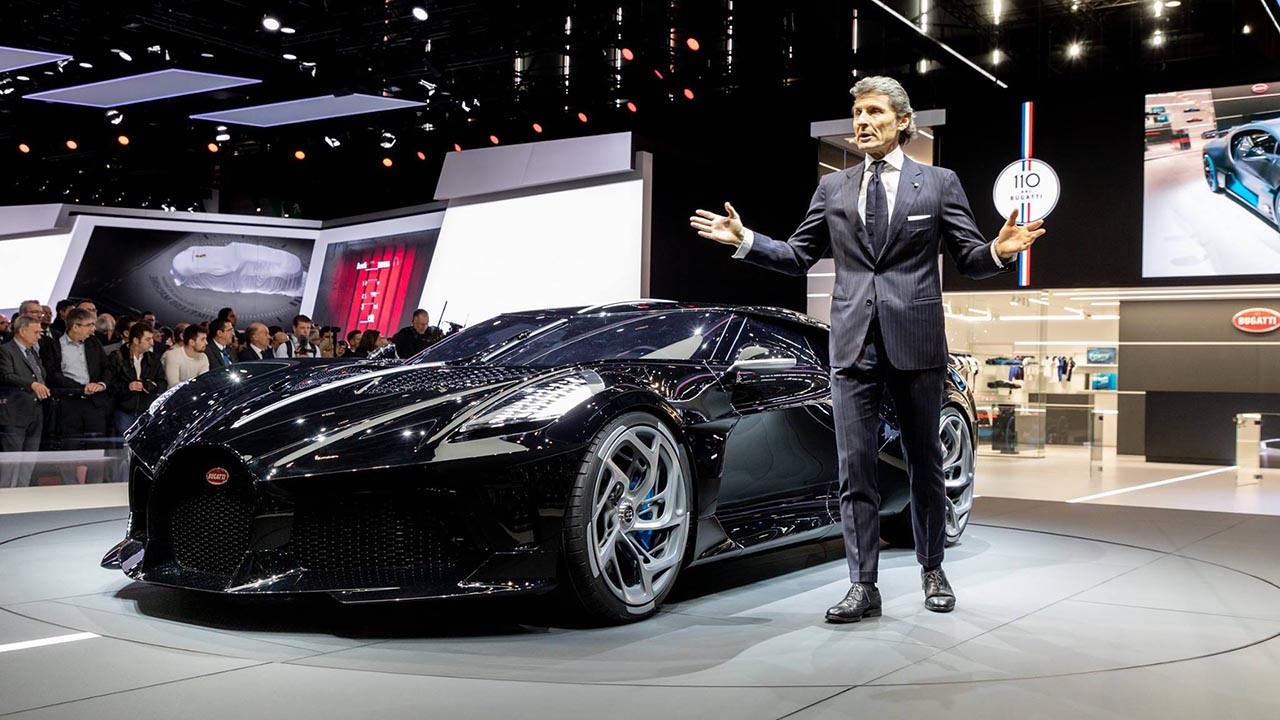 If you haven’t seen it in person at the show, chances are you never will. Only one La Voiture Noire will be made, and it is already spoken for by a “Bugatti enthusiast”.