Starting 1965, Corvettes have been associated with the V8 engine when it was first introduced with the 396 CID L78 option. They have been like peanut butter and jelly ever since.

In the modern era where technology for both ICE and EV engines continues to evolve, the Vette is also changing with the times. General Motors has announced that a hybrid version of the Corvette will be due out sometime in 2023, and a fully-electric Corvette sometime later.

Chevrolet released a teaser of the Corvette demonstrating its new powertrain on some unconventional terrain… snow. Of course, that was until it showcased its ability to drift using its four-wheel drive! In which case we might start seeing more snow-drifting in the future. 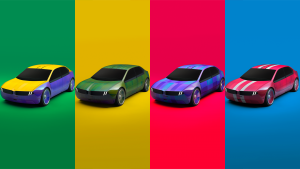