The next Fast & Furious film has added two more stars to the family.

Aquaman star Jason Momoa, and Captain Marvel‘s Brie Larson have both been confirmed to appear in F10 (or Fast10), which is expected to arrive in theaters on May 19th, 2023. Momoa is rumored to be the film’s next villain, and Larson has been cast in an undisclosed role.

“Excited doesn’t even begin to explain how I feel about joining the Fast family thank you for welcoming me in with so much kindness and excitement,” Larson said in a social media post.

While most of the main cast from the previous films can be expected to return, other stars like Dwayne “The Rock” Johnson will not be coming back to the F&F franchise, claiming Diesel’s attempts to get him to recommit as “manipulative.”

Justin Lin, who directed parts three, four, five, six, and nine, will be back to direct both the 10th and 11th films. According to Lin, parts 10 and 11 will have a linked story that will bring the main plot of the franchise to its conclusion. Diesel says that the 11th film, which will be due out in 2024, will conclude the F&F storyline. That also means that there will also be future possibilities for spinoffs like Hobbs and Shaw (2019). 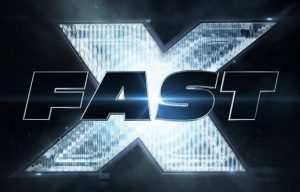