Ford Motor Company recently announced that the automaker will be dividing itself into two separate businesses working under the same roof.

As the next step in the company’s Ford+ program, the two businesses will be Ford Blue, which will be concentrated on internal-combustion engine vehicles like the Bronco and F-150, and Ford Model e which will be focused on its electric vehicle output.

This decision has Ford setting its sights on most of the competition, like legacy automakers that are not tackling the electric vehicle market as hard, and mainstream EV competitors like Tesla that do not have the same amount of resources as they do in regards to body engineering and large-scale manufacturing.

As both businesses will be operating under the Ford name, they will be sharing technology and best practices to benefit one another.

Overall, Ford aims a 10% company adjusted EBIT margin and over two million EVs (which is a third of the company’s vehicle volume) by 2026. 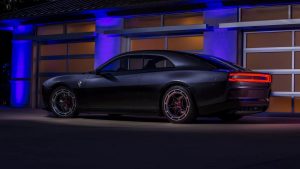