This might be taking technology too far. However, YouTuber Amie DD probably will never lose her keys again.

Amie Dansby decided to document when she had a chip to unlock and start her Tesla Model 3 implanted in her forearm. It sounds radical, and it is, but Dansby is a software engineer, programmer, and self-described “passionate technologist,” who researched the idea before going ahead with it.

She sat down and tells subscribers how she procured the chip from the card by dissolving the keycard in acetone. Then, she basically took the chip from the valet card, encapsulated it, and implanted it in her arm.

While there isn’t a follow-up video out just yet, Dansby has reportedly confirmed it works but that the range “isn’t the greatest,” and her arm has to be within an inch of the console. 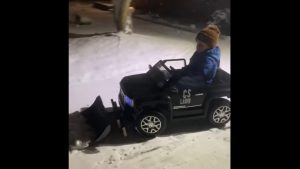