Ford is doing it big with the Bronco and giving buyers an experience, not just a vehicle. The automaker teamed up with Adventure ORX to come up with the Bronco Off-Roadeo. Bronco owners are taught how to off-road on a purpose-built course in select locations. Then, they get to go out to local areas and put what they learned to the test. However, if you live in Vermont, you may be waiting awhile.

Ford had high hopes for Vermont saying that wheeling through the state is like driving through a postcard of historical America. The Vermont Bronco Off-Roadeo was supposed to take place at the Suicide Six ski area and Woodstock Inn in Pomfret, Vermont from May to October of this year.

The idea was to run the event in the off-season so drivers wouldn’t be interrupting the skiers and guests while the Inn and town would still have cash coming in. After the driving course was done, Bronco owners were going to be “let loose” on Vermont’s Class 4 public roads.

However, the residents of Pomfret aren’t too happy with the idea of people coming from all over to off-road and potentially tear up their roads. Valley News reports some residents spoke out saying:

“A new hub for off-roading will take people far into all the Class 4 roads.We can’t even wrap our arms around the cascading effects over time and what that’s going to look like.”

An application was turned in by the Woodstock Inn to the Vermont Natural Resources Board to get Suicide Six turned into the Bronco Off-Roadeo driving school however, several residents felt that the town and residents should have been asked first.

The residents’ concerns are valid as not all off-roaders and drivers are considerate of the environment, wildlife, and nature around them. Some prime examples are the YouTuber who was just recently fined for his off-road activities or the driver who abandoned a Jeep in a California Protected Wilderness Area.

While Adventure ORX and the Woodstock Inn have withdrawn the application and cancelled the Bronco Off-Roadeo at Suicide Six, Ford still lists Vermont as a location for the Bronco Off-Roadeo. As of now, it’s unclear if a new location has been chosen for Vermont or they just haven’t taken it off the list yet. 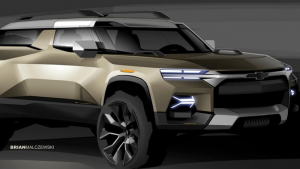 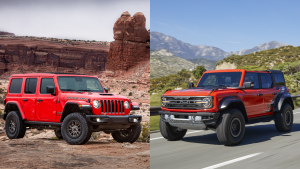