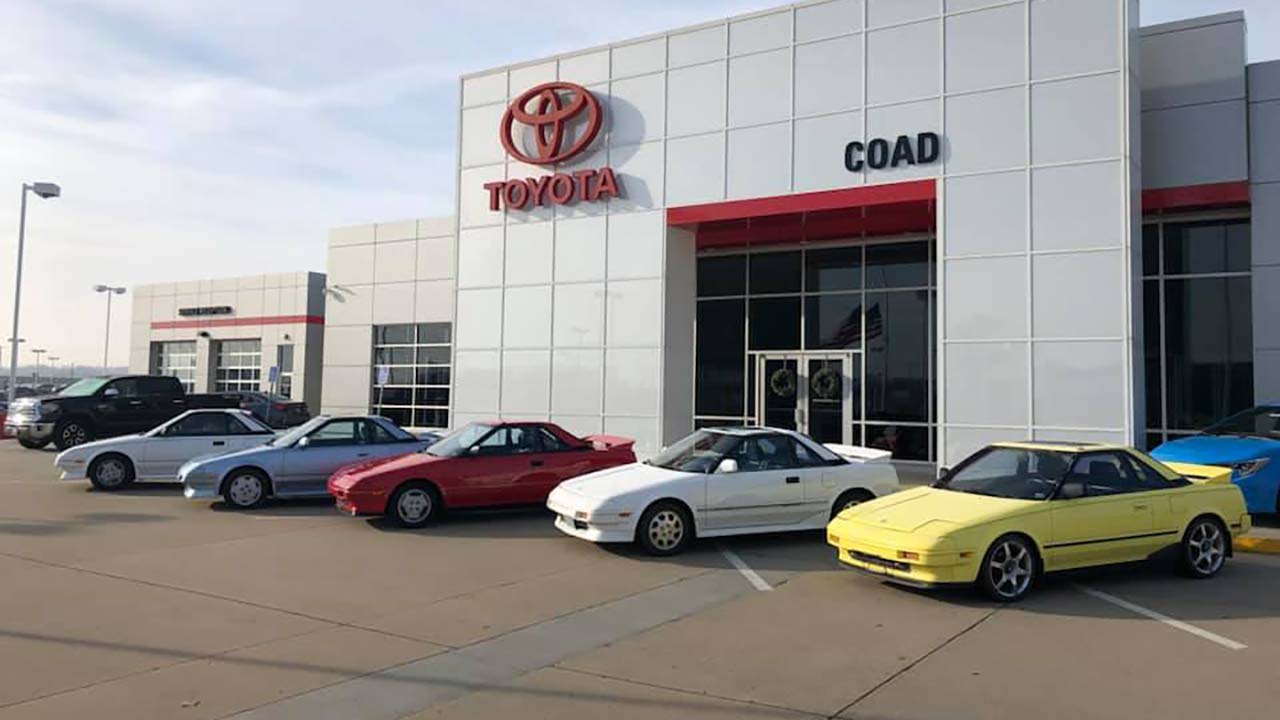 We are sure that every car dealership has some pretty bizarre trade-in stories to tell. Coad Toyota of Cape Girardeau, Missouri surely wasn’t expecting an influx of Toyota MR2s to take over the lot. A man decided to trade in his whole collection – five first-generation Toyota MR2s – for a 2016 Mazda Miata MX-5 with 10,000 miles. 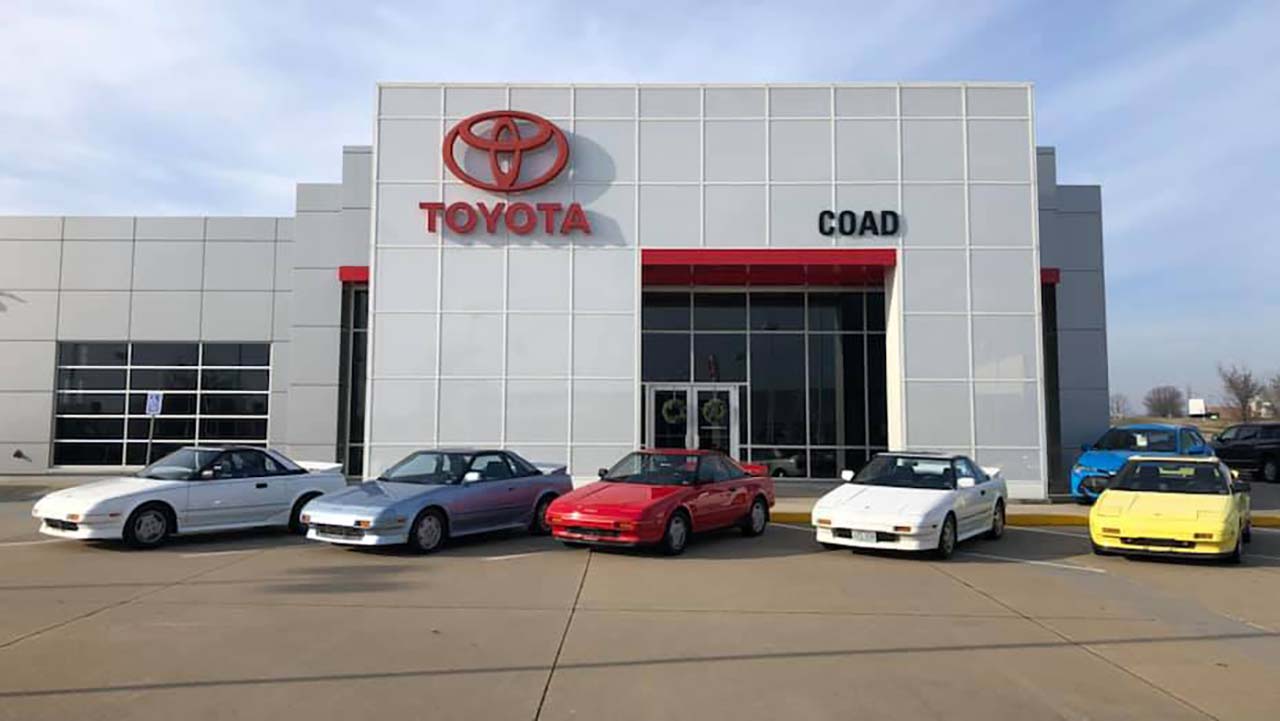 According to Japanese Nostalgic Car, the man was retired from the dealership and had been collecting these cars for the past 30 years. His goal was to own one MR2s (also known as the AW11) from each year of production. At one point he had more. While some may call him crazy to trade these cars in, there’s more to the story. Ben is widowed, and he was having a hard time keeping up with the cars. 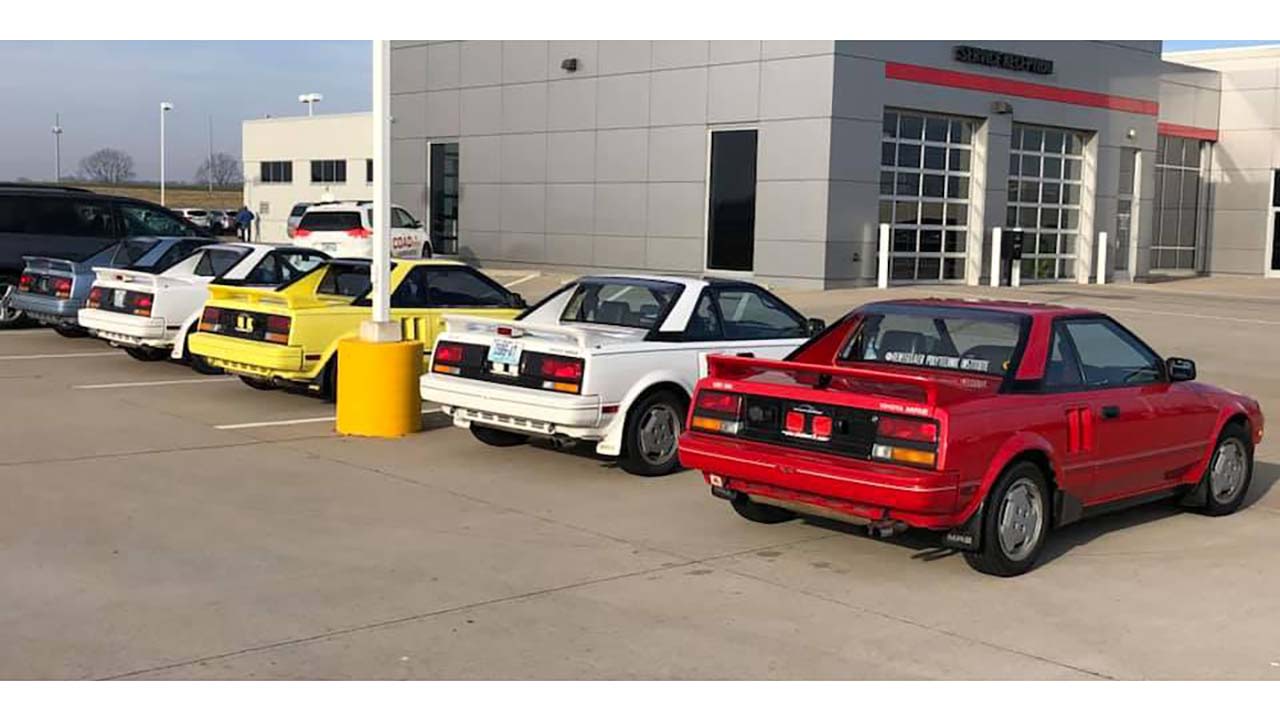 Here is a breakdown of the five mid-engine Toyotas that were traded in, and all are likely spoken for. Sorry, MR2 peeps. 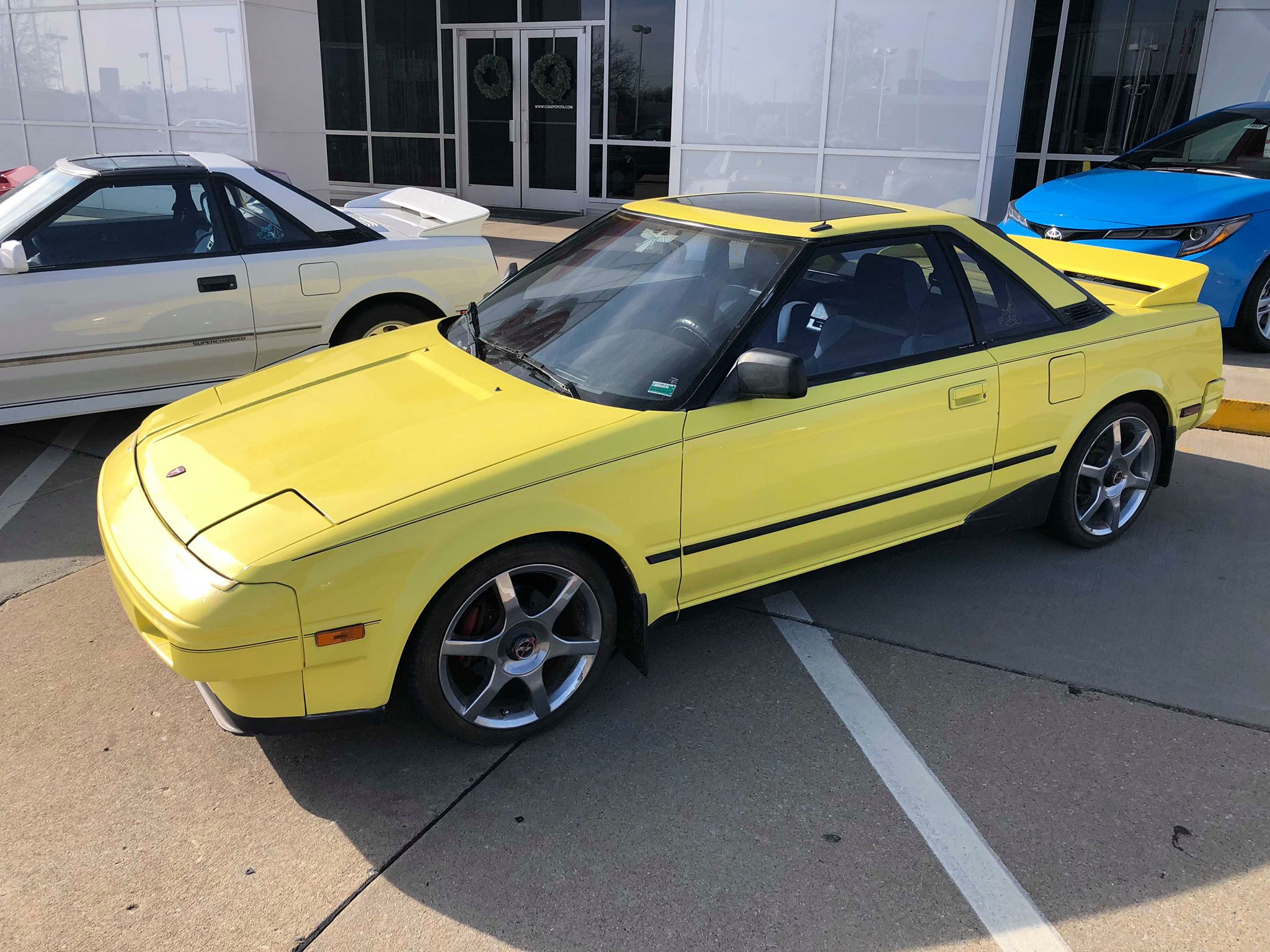 This is a 207,000-mile 1985 MR2 in yellow, and the only one that had been modified. It was originally painted silver and featured aftermarket wheels and a fixed-roof sunroof. 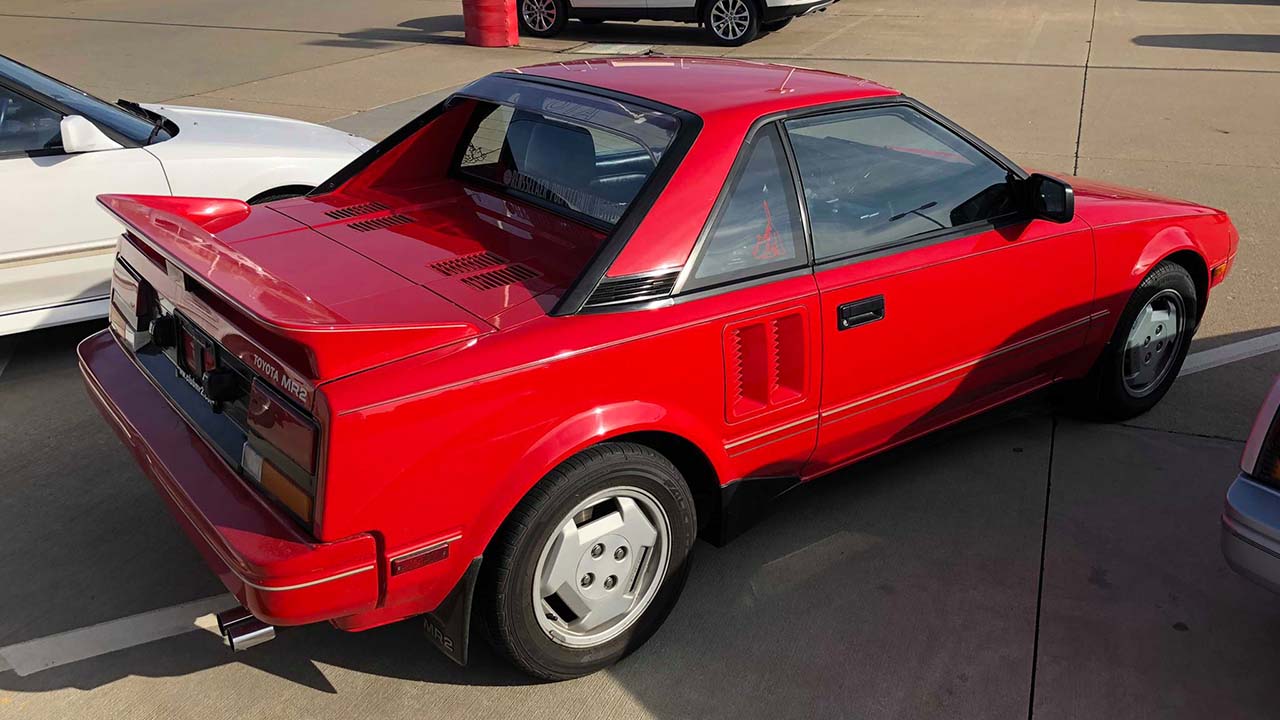 The second is a red 1986 model fixed-roof car without a sunroof and has 140,000 miles on the clock. This car was taken to car shows and events. It was likely the favorite out of the five. 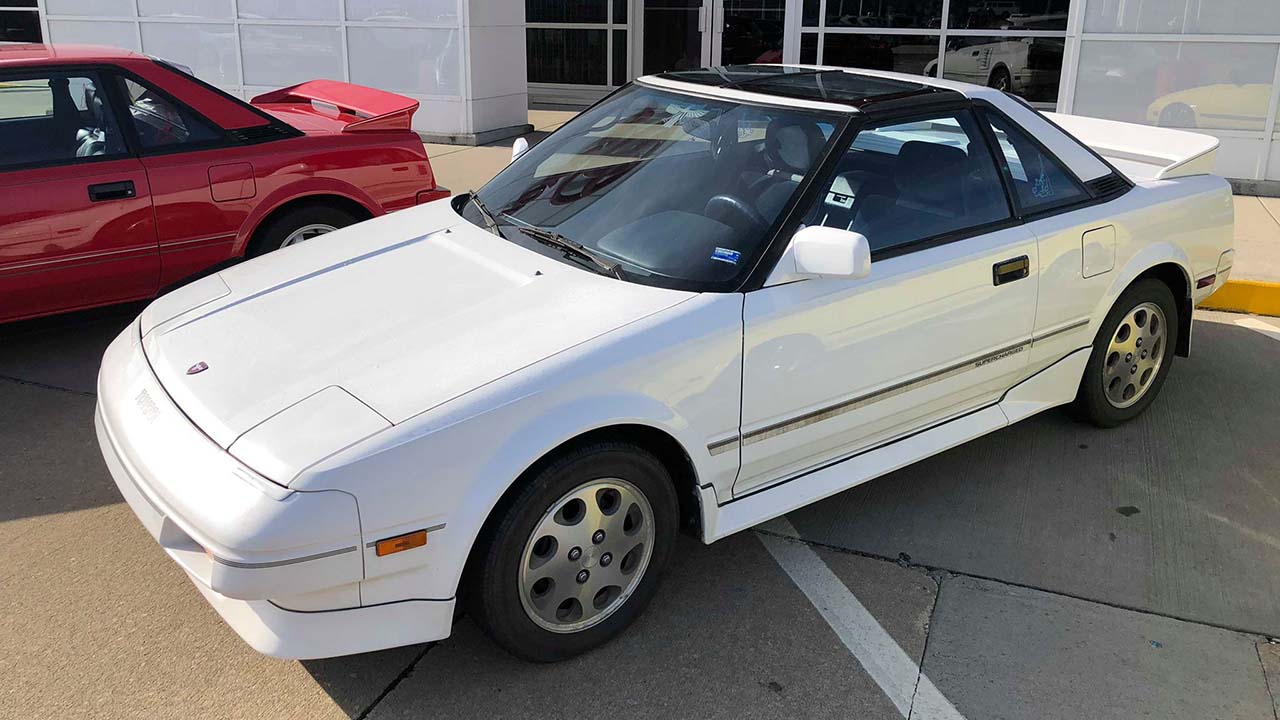 Next is an automatic 1987 targa model in white with just 80,500 miles accumulated on the odometer. 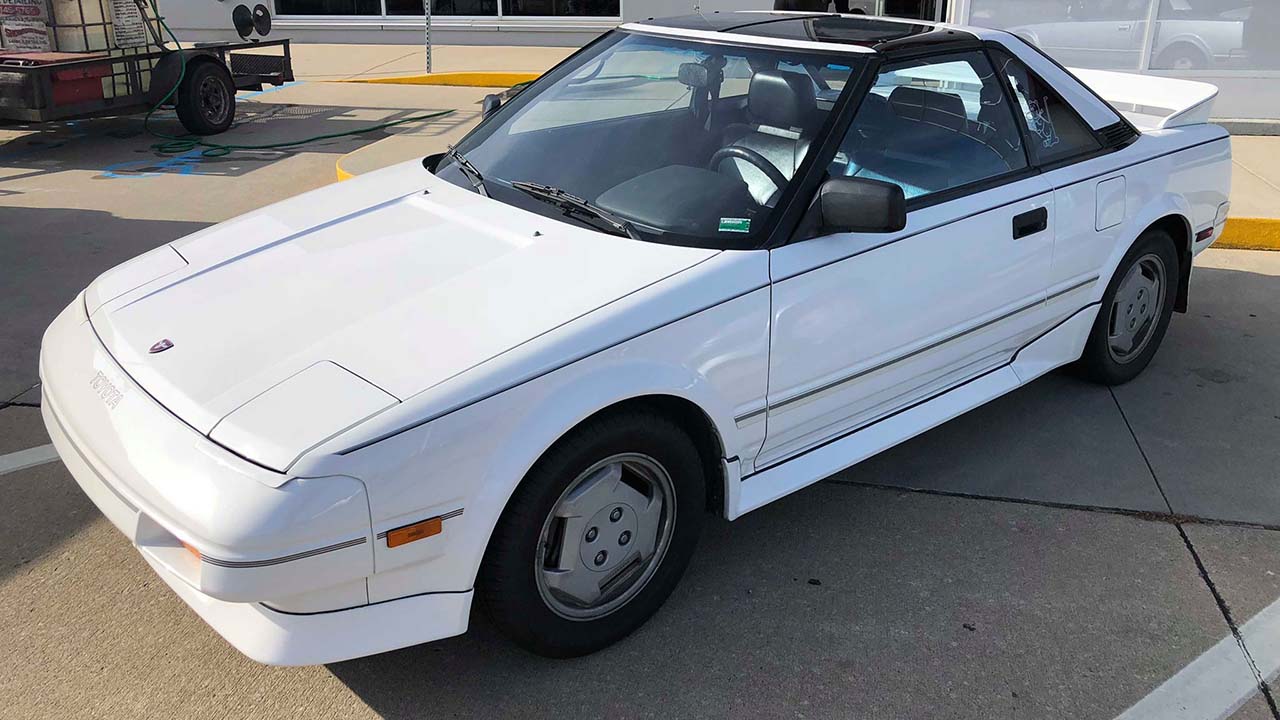 The 1988 MR2 is also white and is equipped with the original factory supercharger. Only 78,500 have been driven, and it also has an automatic transmission. 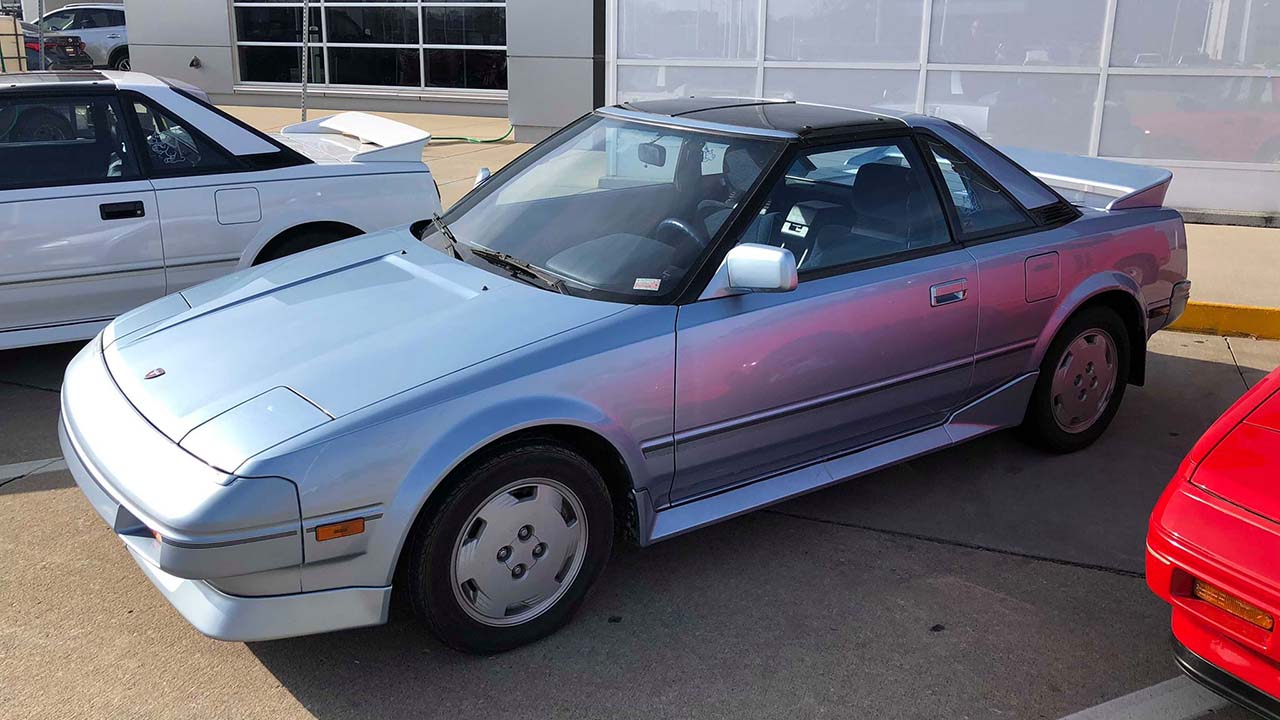 Last but certainly not least is this 1989 targa top model in a sky blue hue. It has super low mileage with just 28,000 miles on the clock and is shifted by a five-speed manual transmission.