Travis Pastrana was able to do what Evel Knievel couldn’t. Not once, but 3 separate jumps. Pastrana succeeded in triplicating three of Evel Knievel’s iconic motorcycle jumps. Donning his own Knievel-like costume, Pastrana used an Indian Scout FTR750 to jump 143 feet to clear 52 crushed cars and 192 feet over 16 Greyhound buses and concluded the “Evel Live” event on the History Channel by jumping 149 feet to clear the fountains at Caesars Palace.

This one was basically a warm-up being the shortest of the three. However, it was still technically a world record jump as he cleared two more cars than Evel had done. 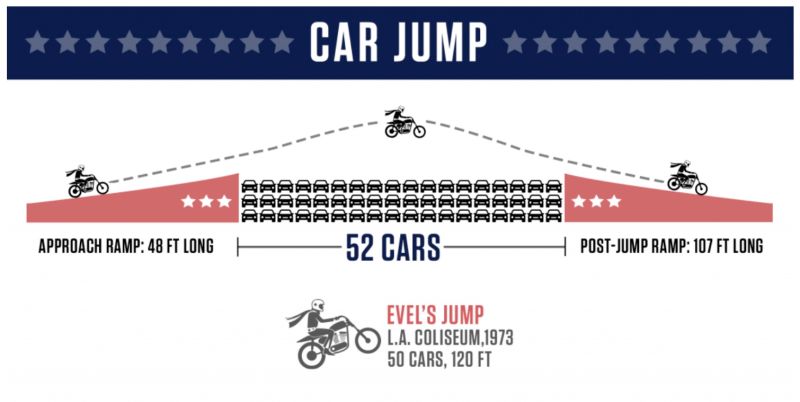 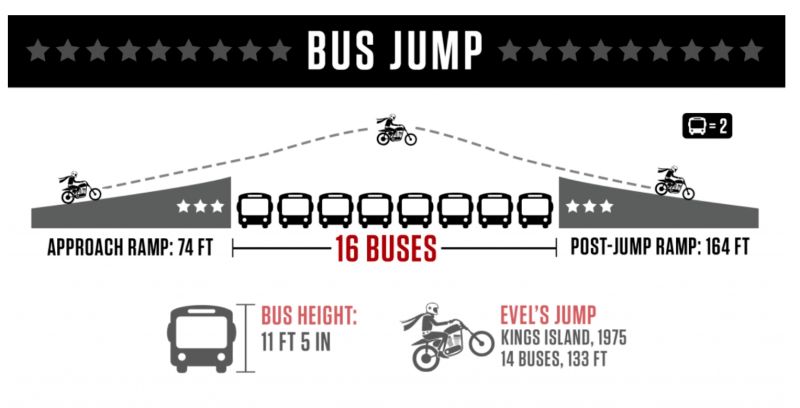 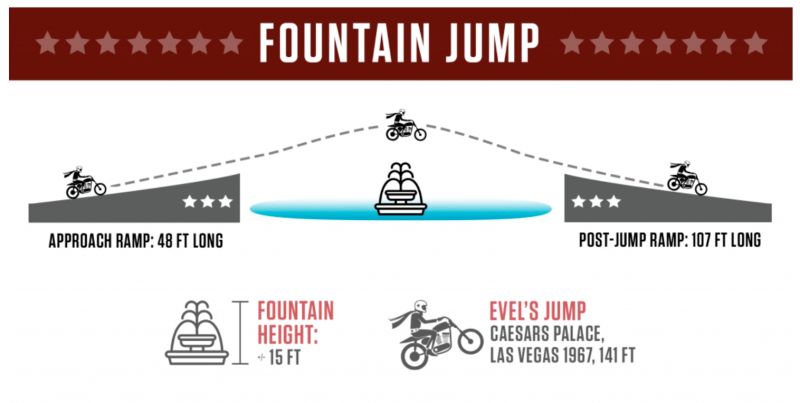