The Bob Bondurant School of High Performance was not only the first ever performance driving school but taught great drivers like Dale Jr. and Jimmie Johnson. And unfortunately, the school announced last week that it will be filing for bankruptcy after owing creditors somewhere between $1-10 million dollars. The school will continue to operate while it negotiates with creditors, though. The Academy was originally founded by Carroll Shelby in 1961 and taken over by its namesake, Bob Bondurant, after a crash in 1967 put a damper on his racing career. We here at PowerNation TV have had the privilege to drive at the Bondurant track and are saddened to hear the news. 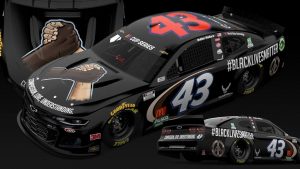 Bubba Wallace Will Drive A #BlackLivesMatter Car At Martinsville