According to ABC News, Tesla is opening up an investigation after one of their Tesla Model S cars caught fire not once, but twice in one day. In between the two fires, it almost caught fire again, but firefighters were monitoring it and were able to extinguish anything before it could ignite.

The driver pulled over after the car warned him of a possible flat tire, and they had the car towed to Los Gatos Tire Repair in California to have it looked at. There, the driver was filling out paperwork when they heard a hissing sound, then turned around to see the Tesla in flames. 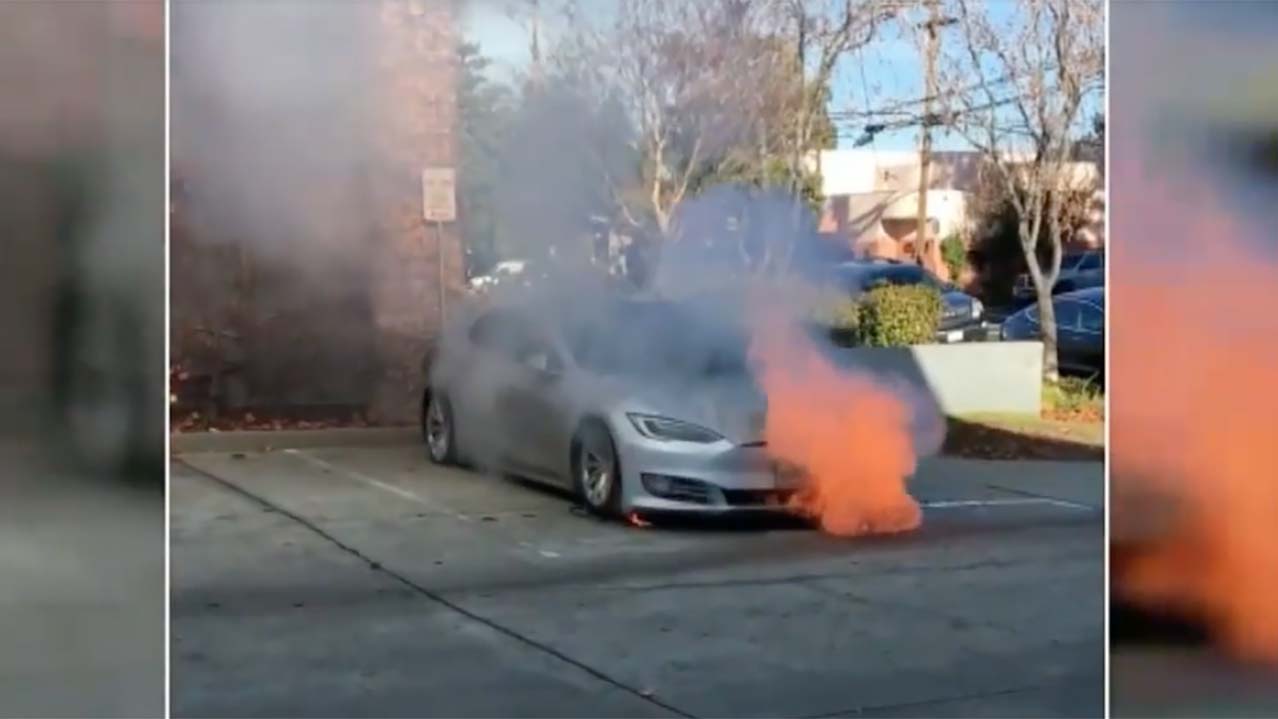 Firefighters were called and the flames were put out fairly quickly. It wasn’t long after that the firefighters noticed gas and steam coming from the car, and put it out again. About 2,000 gallons of water was used to douse the car, and then it was monitored for six hours. Tesla was contacted. Following the guidelines published by Tesla, they propped the car up to get to the undercarriage and directly starting hosing down the battery.

Later that night at about 10 p.m., the car was moved to a nearby tow yard. Again, the car caught on fire. After the third time, the car’s battery was monitored for about 10 hours to ensure a fourth fire wouldn’t break out. It was put out to where the flames didn’t spread causing additional damage. The car was only owned for three months of ownership and had been driven for 1,200 miles.