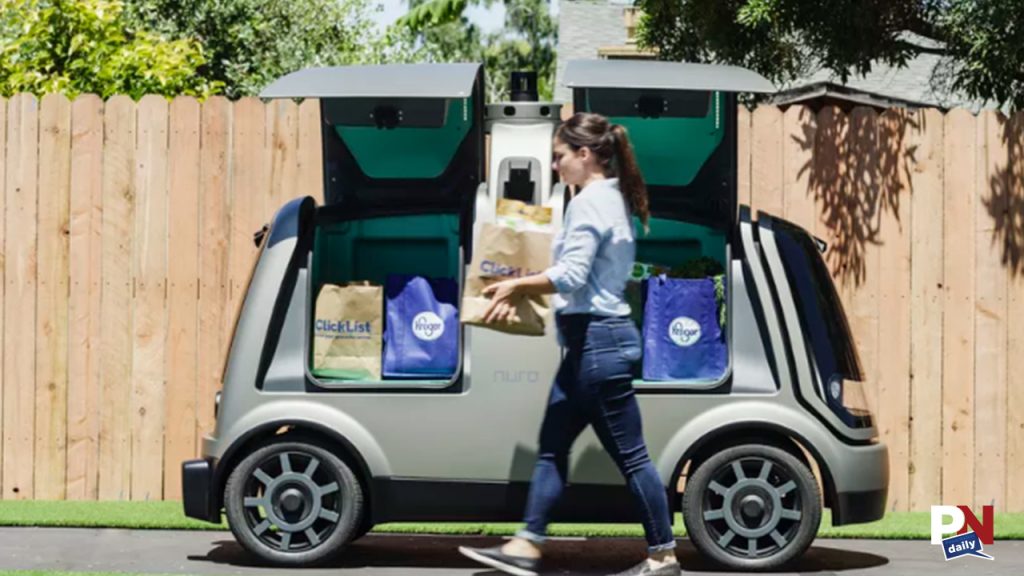 Kroger is the nation’s largest supermarket chain and it is teaming up with Nuro, which is a two-year-old company started by veterans of Google’s self-driving car team, and they’re going to launch a fully driverless delivery service.

A pilot will be rolled out to an unnamed city later this fall. Nuro will use a fleet of self-driving test vehicles (along with human safety drivers) to make deliveries for Kroger’s grocery stores. Customers can track and interact with the vehicles via a Nuro app or Kroger’s pre-existing online delivery platform.

The R1 is thinner and shorter than normal vehicles, but larger than some of the delivery robots that have been in beta testing so far. The R1, which is not its final name, kind of looks like a toaster on wheels. But one thing you will have to do yourself: unload your groceries. Which really isn’t that different than when you have to unload them out of your vehicle, now.

Right now, the company is using a fleet of six self-driving cars to collect data and optimize routes, which then gets fed into its prototype R1 vehicles. There are still a lot of unanswered questions about the partnership but this seems to be a big win for both companies. Kroger serves around 9 million customers every day and nearly three-quarters of those customers have access or use Kroger’s delivery services. So this could really take off. Are you gonna be in line to sign up for this feature?