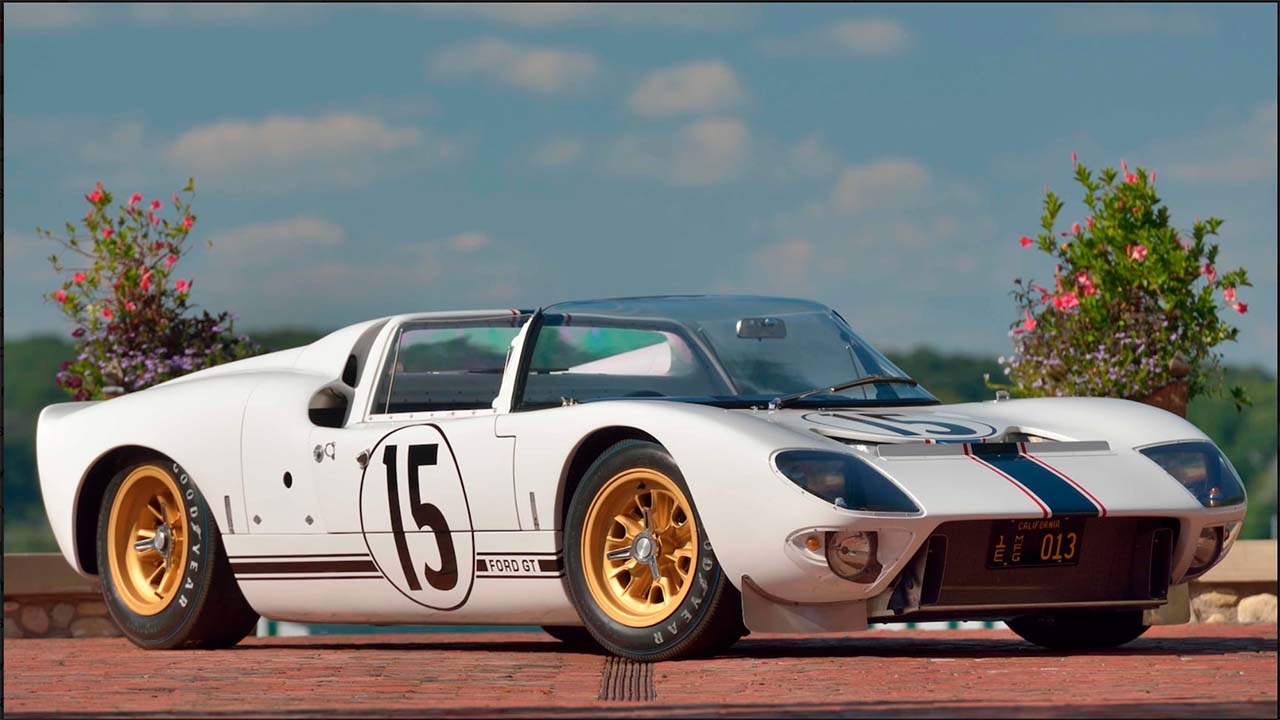 This super rare 1965 Ford GT Competition Prototype Roadster (109) is headed to the Mecum auction in Kissimmee, Florida. This historic car could go for millions. It is one of twelve built in England, but only one of five roadsters. It’s the only one with Le Mans racing history. Sadly, it did not finish due to a transmission failure eleven laps in, but it did help pave the way for the GT40 coupe victories that followed. 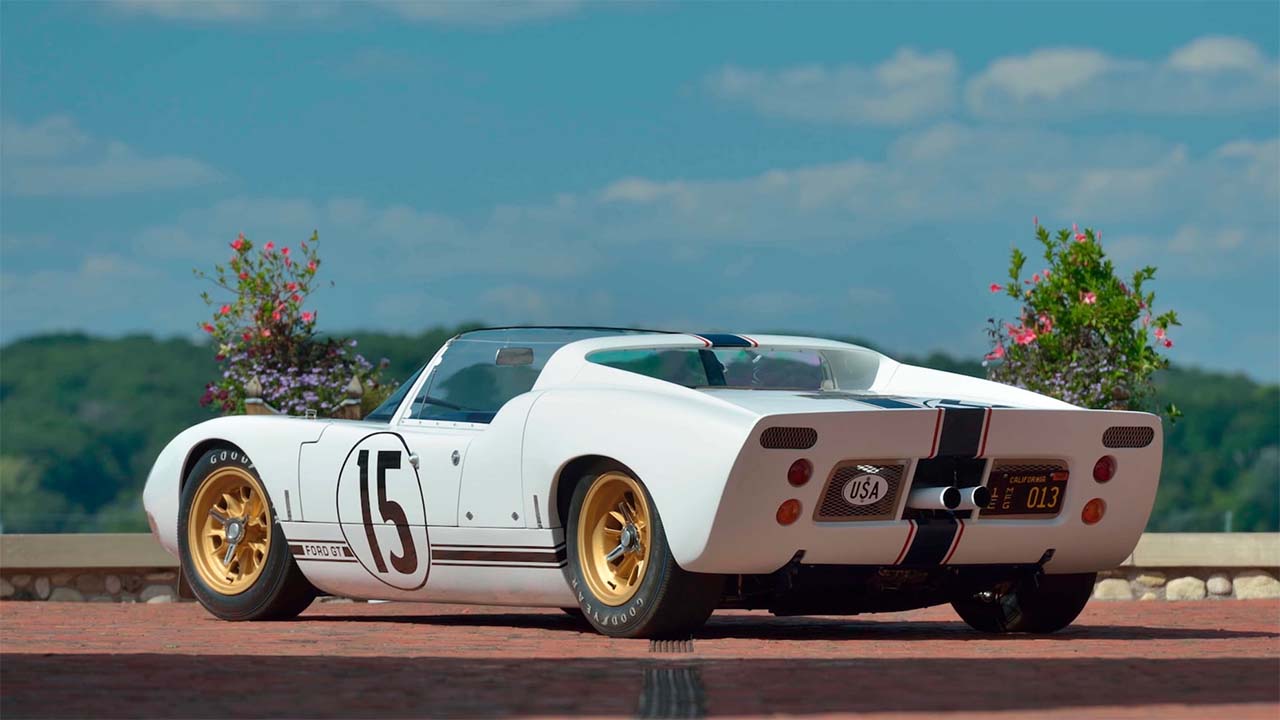 French racers Marice Trintignant and Guy Ligier piloted this Ford GT in the 24 Hours of Le Mans in 1965, and it is the only open-cockpit Ford GT40 to compete at the race. After it paid its dues on the track, it was shipped back to Shelby American with a work order to “rebuild after Le Mans”. The car was sent to Kar Kraft as a development vehicle for transmission, Ford’s Weber-carburetor four-can Indy can motor, engine configurations, and brakes. 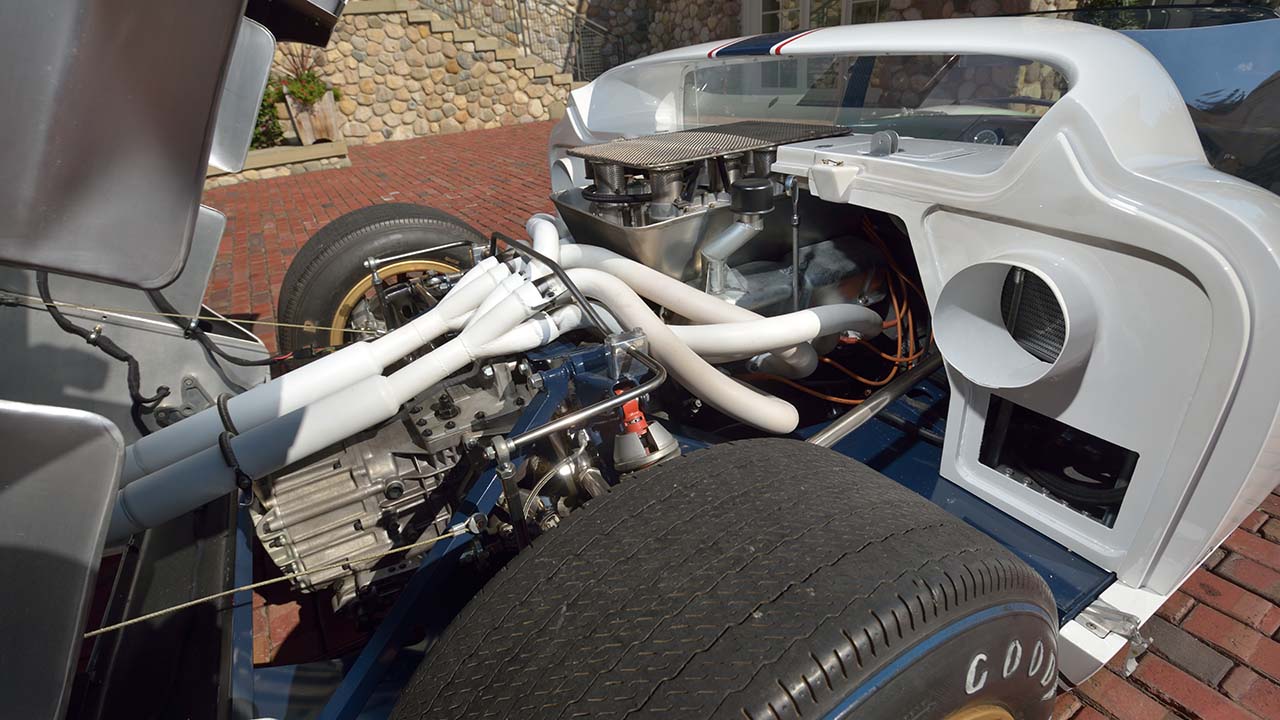 After that, it was tucked away in a Ford storage facility. After two years of hibernation, well-known car customizer Dean Jeffries asked if he could buy it from the company. As the story has it, Ford let him have it, and he kept it for 45 years before selling it to Dana Mecum in 2013. 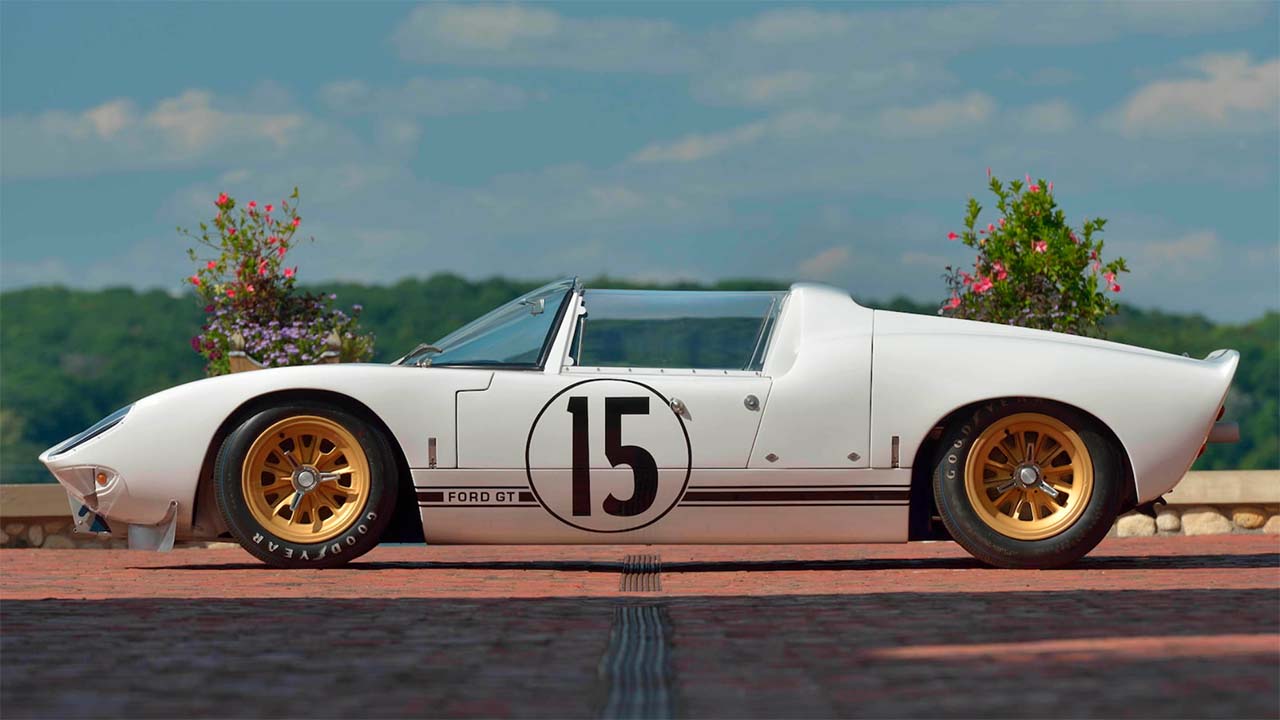 After purchased by Dana Mecum, the car went under the knife for a Concours-worthy three-year restoration mechanically and cosmetically by Harley Cluxton III. During this time, the original 289ci engine was also rebuilt. The GT/109 car took home second in class victory at Pebble Beach in 2016, and a week later at Milwaukee Concours d’Elegance, it took home the best of show. 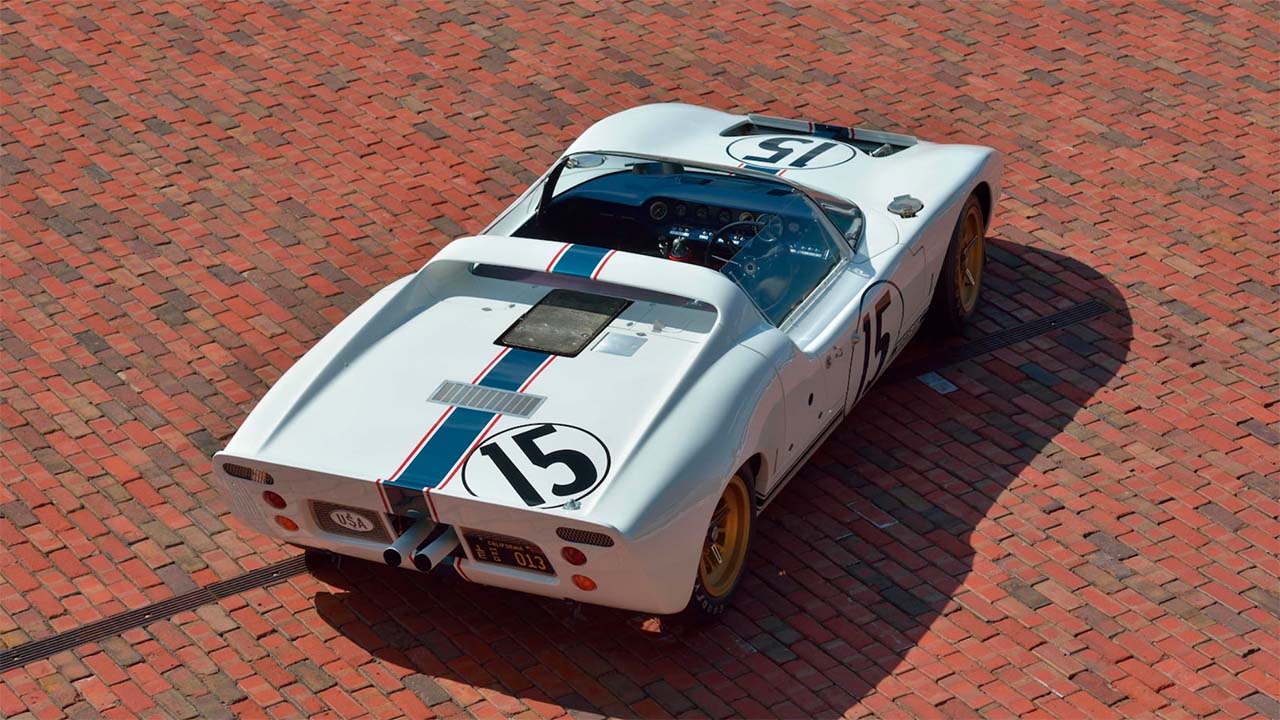 The Ford 4-cam Indy engine will be included as part of the car’s sale at the Mecum auction in Kissimmee.