News
The rebooted “Roseanne” show is coming back to TV. And it’ll be here a week earlier than planned – in a different form.

Last week, NASCAR announced this Saturday’s Xfinity race at Auto Club Speedway in California will be called the Roseanne 300, after picking up sponsorship from the Roseanne Barr-led ABC sitcom that’s set to premiere on March 27. 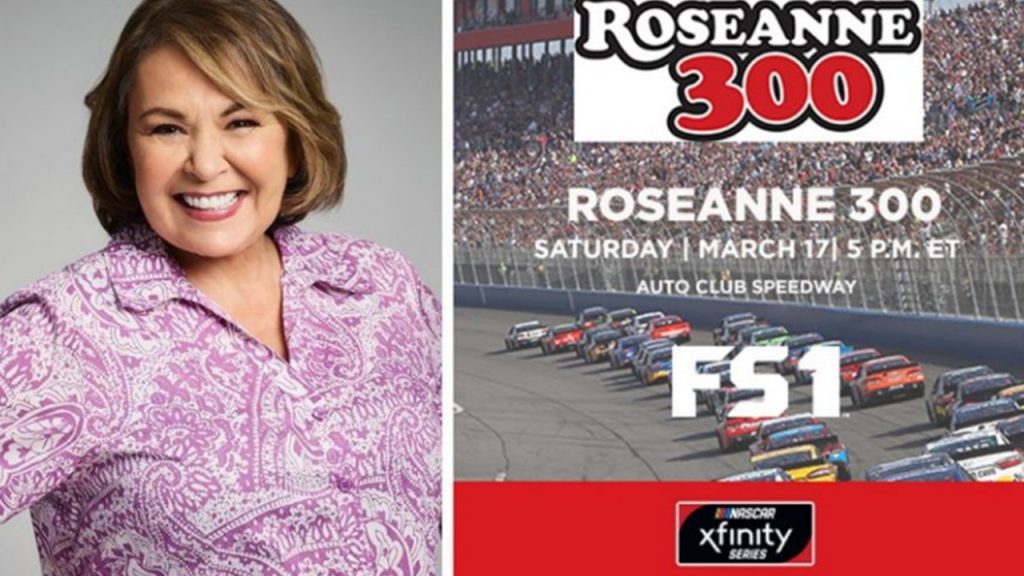 This isn’t the first time a TV show has bought the naming rights to a NASCAR race. Other examples have been “Top Gear” (which makes a little sense) and “SpongeBob Squarepants” (a little less sense), and the Duck Commander 500 pretty much only exists because of the “Duck Dynasty” reality show.

It’s not known if Roseanne Barr will make an appearance for the promotion. However, Michael Fishman, who plays D.J. on the program, will be Grand Marshall for the race/ The race will be broadcast on Fox Sports 1 at 5 pm ET.