An Indiana man apparently thought he could escape officers in his 2002 Acura. He told police he didn’t believe their patrol cars would be able to catch the Acura when he led them on a 140-mph chase.

Turns out, he was wrong and was arrested when they did, in fact, catch him. Dino Lorenzo Gagliano was reportedly clocked going at least 116 mph in 55 miles per hour zone.

It’s reported his speed increased from there when he realized officers were in pursuit. Gagliano was caught and arrested before being charged with resisting arrest, speeding, unsafe land movement and failure to signal lane changes.

Gagliano says he was worried about his (suspended) license and was surprised when officers managed to catch up to him. He had reason to believe Indiana State Police patrol cars had V6 engines under the hood. Jokes on him, they actually come with a V8 Hemi! 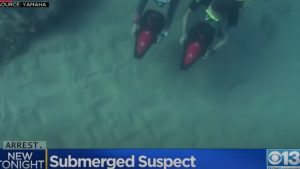