Looking For A Street-Legal NASCAR Race Car? You Can Buy One This Weekend. 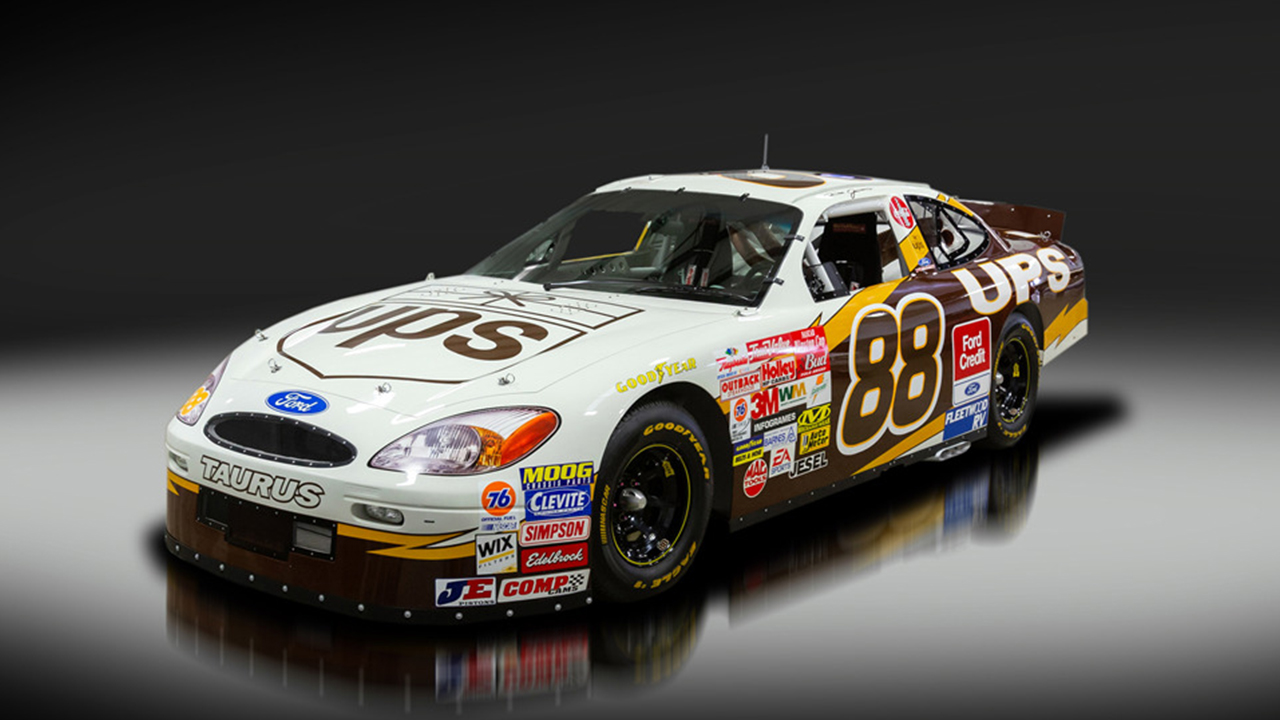 Alongside Dale Earnhardt Sr.’s Nova NASCAR at Barrett-Jackson this weekend there will be a street-legal NASCAR crossing the block! 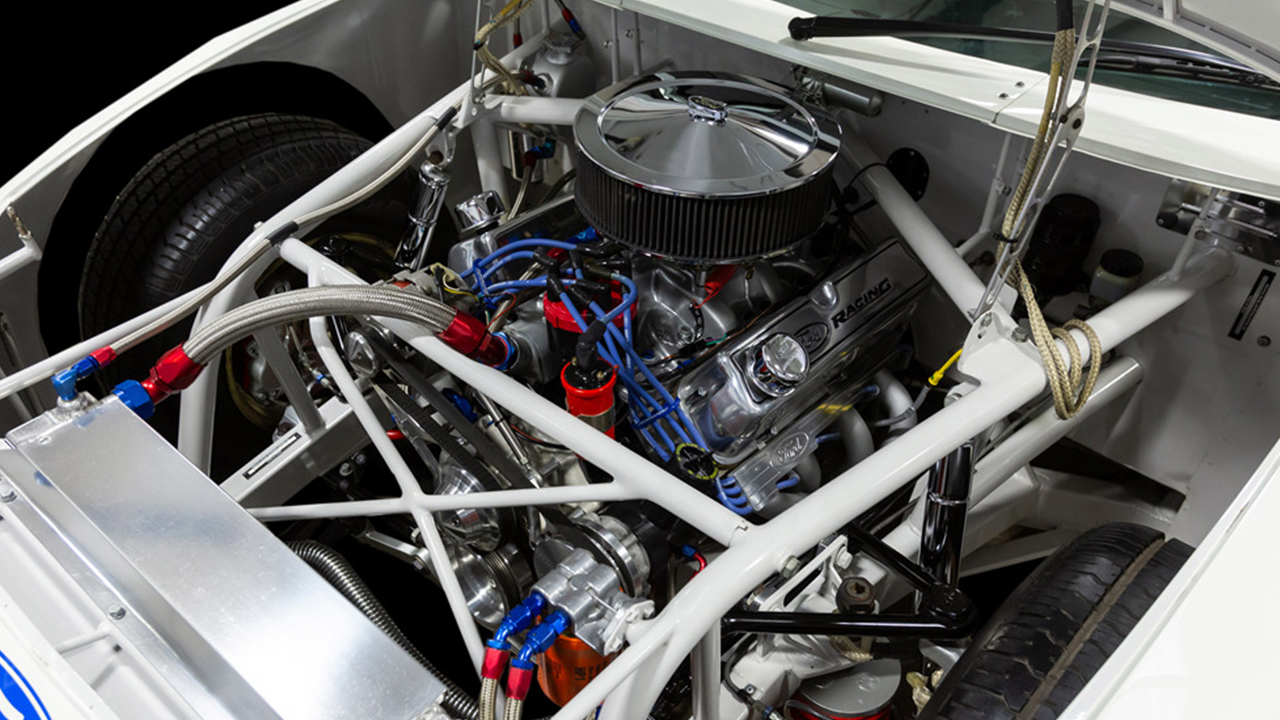 According to the auction listing, this authentic NASCAR is a spectacular show-quality build and is completely street legal. This car is the real deal and has a Joe Gibbs chassis. The original Chevrolet NASCAR body was replaced with the Ford NASCAR body. This car is truly a NASCAR enthusiast’s dream vehicle. The car was restored by the owners of Magic Customs, Inc., of Brook Park, OH, with a goal of building a show-quality piece that was true to the original NASCAR but makes it street legal and user-friendly. This wasn’t an easy task, but after thousands of dollars and hours invested, that goal was accomplished. 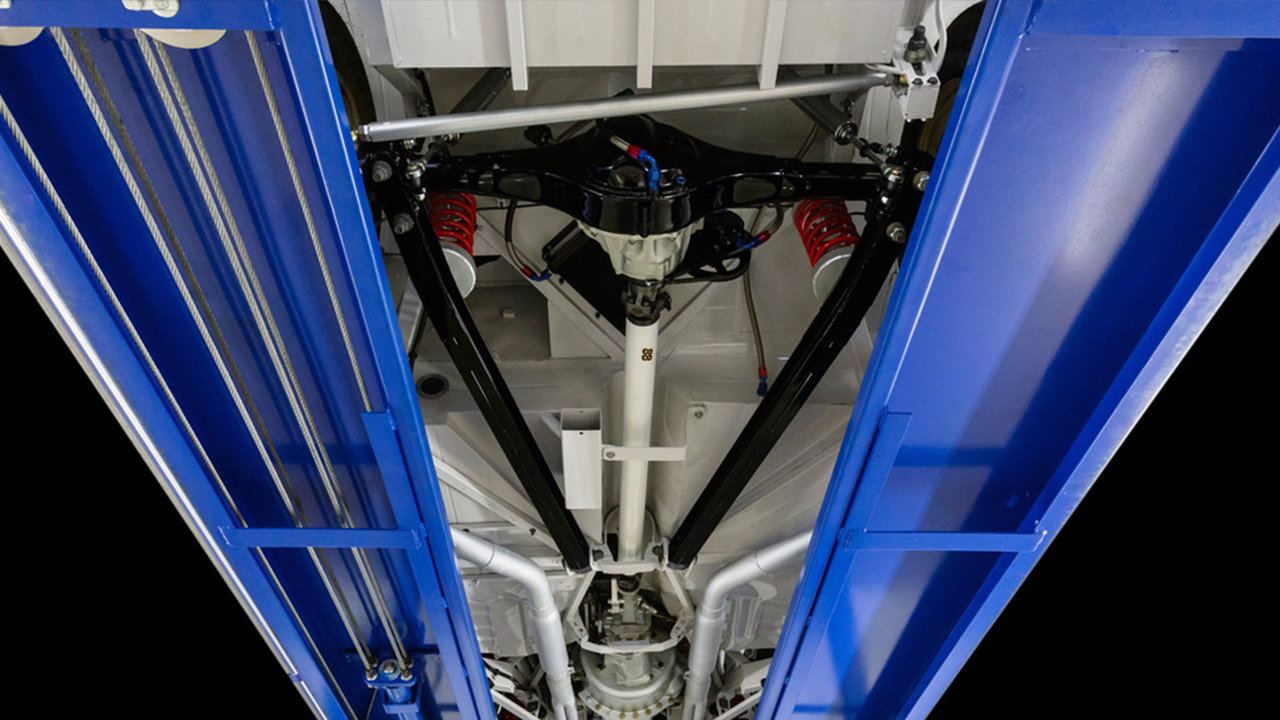 Since completion, this car has been driven 1,600 miles, mostly to car shows, including multiple UPS-sponsored events. The body is all steel with the exception of the bumpers. The body is extremely straight and was finished to simulate the #88 UPS car driven by NASCAR driver Dale Jarrett. The white, brown and gold paint was beautifully done with great attention to detail. Authentic decals were supplied by NASCAR and used on the fenders. Many exterior modifications were made to make it street legal, including LED headlights, taillights, parking lights, reverse lights and blinkers. A front glass windshield with wiper and mirrors were also added. It’s equipped with new Lexan side glass and the original rear glass as raced. The car sits on Aero Racing 15” black wheels with Goodyear Eagle NASCAR tires that are 275-60-15. 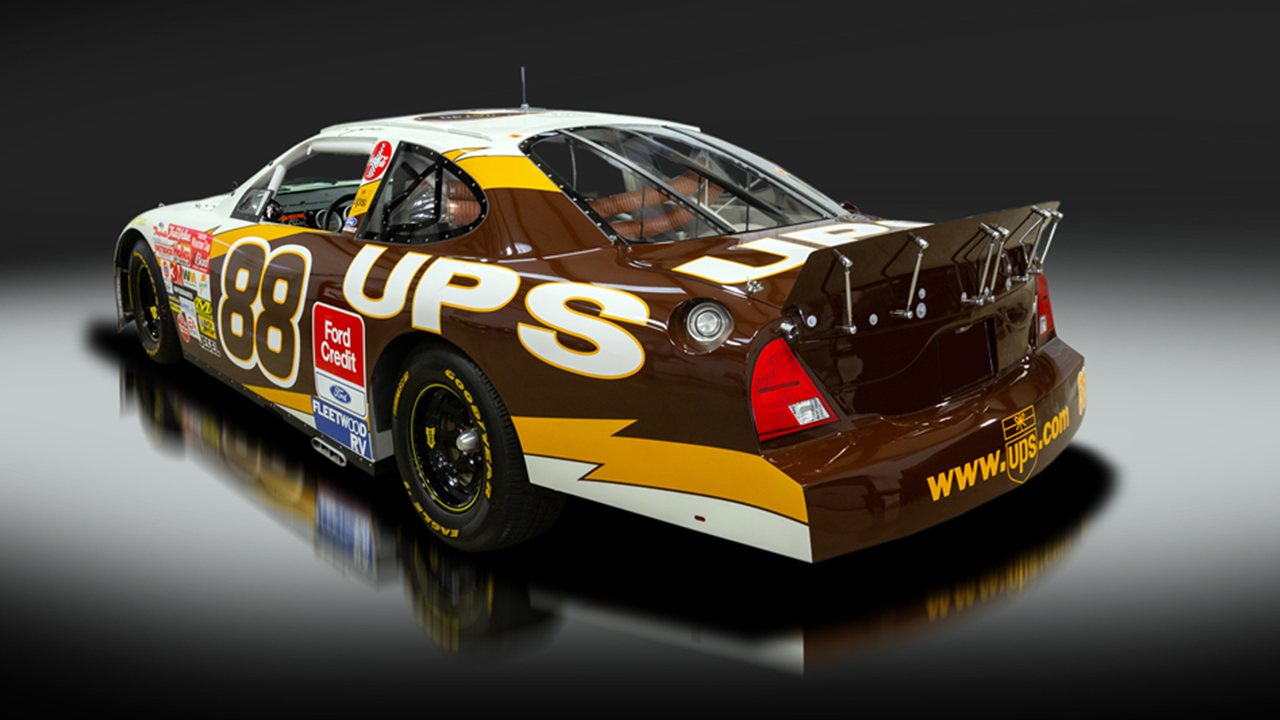 The painted interior was tastefully done and well-organized for easy operation. The cage was modified to fit the passenger seat. Some features include custom gauges and switches, quick-release steering wheel, Butler-built aluminum seats, Simpson seatbelts, Hurst shifter with NASCAR 50th Anniversary shift knob, MSD ignition box and a cup holder with a period-correct NASCAR cup. The decklid is held down with two pins and has aluminum hinges. The painted trunk compartment is very neat, with the custom red fuel cell with black brackets, Holley fuel pump, Russell fittings and braided lines. The hood is held down with four pins and has aluminum hinges. Underneath the hood is painted and has a UPS decal. The painted engine compartment is highly detailed throughout. It’s powered by a built 418ci V8 engine that runs excellent. Some features include AFR aluminum heads, Edelbrock aluminum intake, Holley carburetor, Ford Racing valve covers, chrome air cleaner, 4” K&N filter, Ford aluminum wire holders, Ford Motorsport wires, March pulley system, Russell fittings and braided lines. The engine is cooled by an oversized aluminum radiator with electric fan. The engine breathes through Schoenfeld headers and a custom side exhaust system that sounds amazing. The engine is coupled with a Richmond Super T10 4-speed manual transmission. It’s equipped with a hydraulic throw-out bearing and Centerforce clutch. The power is transferred through the Ford 9” floating rear end with 3.73 gears and a rear-end cooling pump. It’s equipped with power steering for easy turning. It’s equipped with a Super Speedway braking system with four wheel disc brakes for great stopping power. It’s equipped with all NASCAR suspension with new springs and shocks. All-new tethers under the hood, decklid and front suspension were added to keep the parts on the car in an accident, per NASCAR rules. This car draws a ton of attention and is a blast to drive. It was recently serviced and detailed. 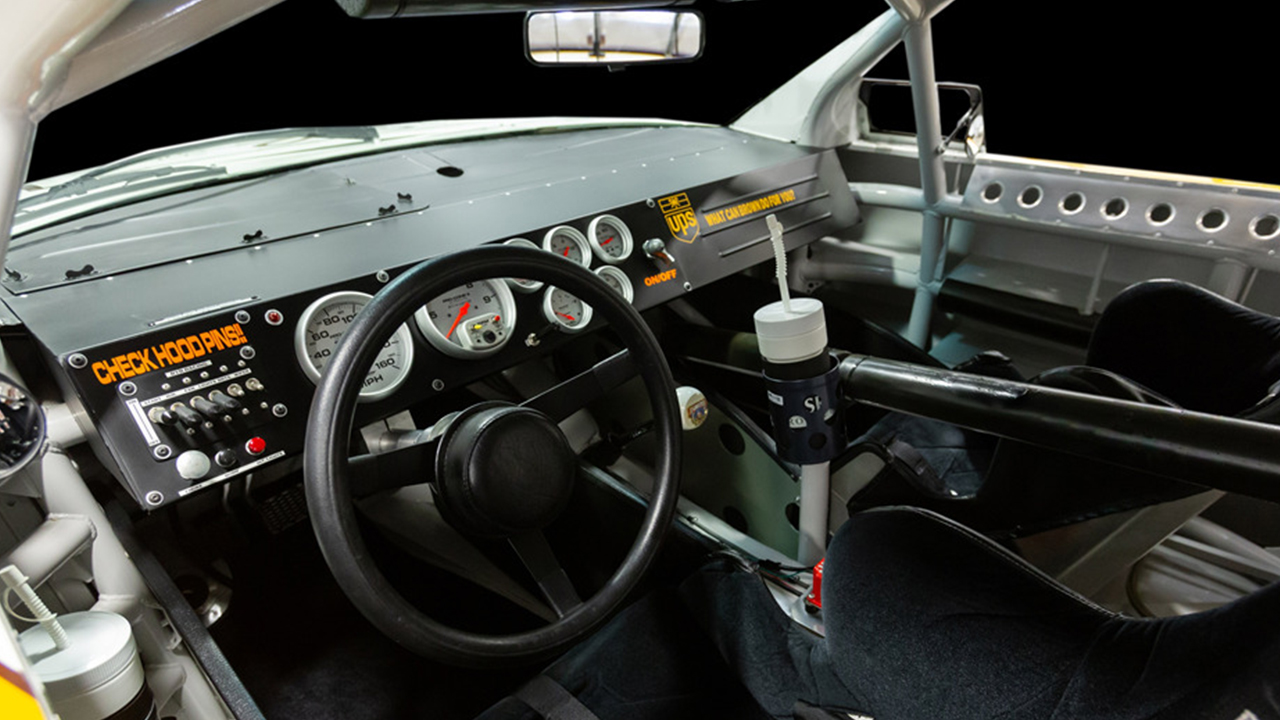