In order to get around his massive $14 million ranch in Wyoming, rapper Kanye West’s preferred method is a fleet of blacked-out Ford Raptors.

Raptors aren’t just any old pickup. They start around $53,000 and are the high-performance, off-road-ready version of Ford’s F-150. The twin-turbo V6 puts out 450 horsepower and 510 foot-pounds of torque.

West is said to have “between two and six” Raptors although the actual number isn’t confirmed and is a “topic of local speculation”.

The Raptor is in the Ford Performance lineup alongside vehicles like the Ford GT and the Mustang Shelby GT500, which is the quickest production Mustang ever.

While the Raptor is unaltered for the 2020 model year, it still benefits from updated adaptive Fox Racing dampers and minor trim changes that were added for 2019. 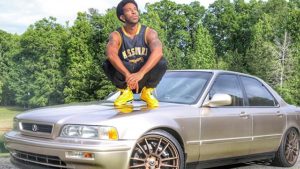 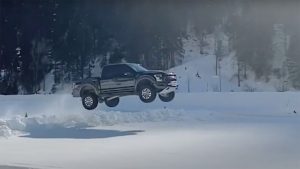