We’ve heard this story before of Dodge selling brand new Vipers despite halting production in 2017 due to poor sales figures. Although the Viper was never a “high-volume” model, it still was one that enthusiasts respected greatly. The V10-powered beast served as the brand’s halo model for many years, but as the ultra-potent Hellcats arrived at a more affordable price, Dodge found it harder and harder to justify the Viper’s existence.

We stumbled across the recent sales figures released by Stellantis for the first quarter of 2021, and we found that they’re continuing to sell this halo model. Not one, but two of these brand-new cars were brought home in the first three months, and chances are, they’ll continue with new sales as we progress further into the year.

Why Did Dodge Discontinue the Viper?

The Viper roots can be traced back to the early ’90s with its first generation. Despite its span of two decades, there were several variations of the same naturally-aspirated 8.4L V10 we’ve all known and loved.

The previous Viper generation housed the 8.4L variant that produced 640 horsepower and 600-pound-feet of torque, and all of that power was mated to a six-speed manual transmission. Although it didn’t offer an automatic transmission, the Viper still broke various track records throughout its existence. Other race variants also did well during competition in many classes of motorsport.

Over time, the days of the Viper became numbered and the manufacturer ran into issues selling the car. During its last year in production, only 585 were sold, while the highest year for the model was in 2003 with 2,103 units moved.

How Much Does a Viper Cost Today?

As you might expect, after the Viper halted production, prices slowly began trending upward, which is where these two brand new cars come in. If you search online, you won’t find sales ads for new Vipers, yet, several cars made their way into a new home throughout 2020, a trend that’s continuing in 2021.

One thing to keep in mind is that these are examples of used Vipers, while the cars in Stellantis’ report are brand-new. Although the cars have sat in dealerships for years, the fact it’s new commands a serious premium.

We’ll likely continue seeing this trend moving forward as cars sit in dealerships across the country, but it shows the allure for the Viper is still there. 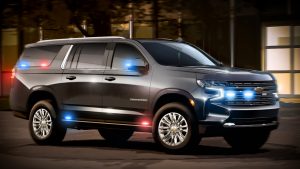