A Lamborghini Blessed By Pope Francis Auctioned For $950,000 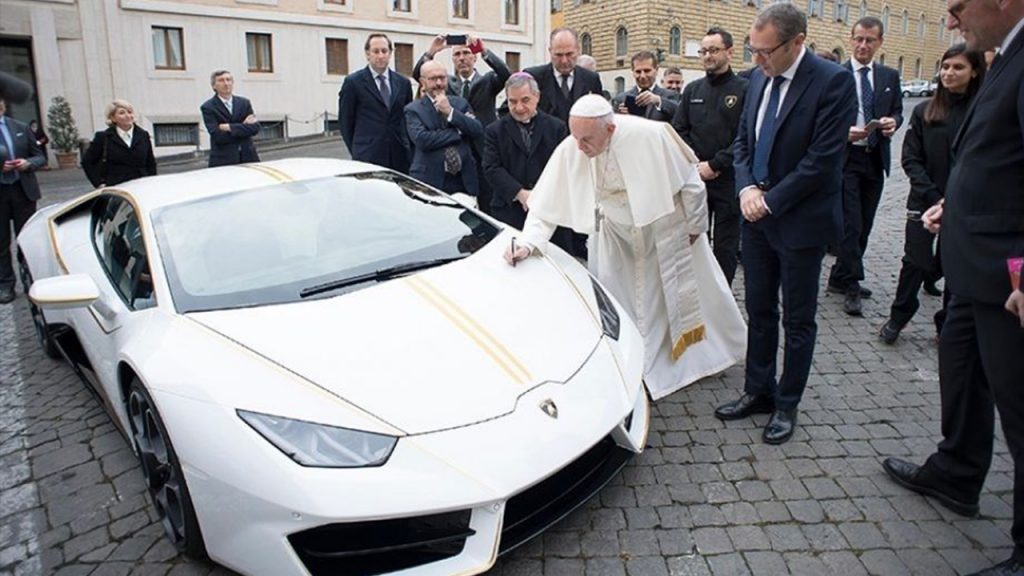 This is one way to raise money!

Lamborghini donated a custom Lamborghini Huracan that was signed and blessed by Pope Francis for The Vatican to auction off. And they raised $950,000! The list price for the car is “only” $199,800.

The white supercar features yellow striping meant to evoke the Vatican City flag and is powered by a 573 hp V10. The rear-wheel-drive coupe has a top speed of 199 mph.

It was sold to an unidentified bidder at the RM Sotheby’s Monaco auction over the weekend and all of the proceeds are earmarked for papal charities. $500,000 that will be used to help rebuild the communities of the Nineveh Plains in Iraq, a region that is traditionally home to many Christians and was destroyed by ISIS over the recent year.