Study Shows People Would Rather Autonomous Cars Kill Criminals Over Dogs, If They Had To Choose


The Moral Machine is is a project of the MIT Media Lab and a platform that gathers human perspective on moral decisions made by machine intelligence, such as self-driving cars. It has been polling over two million people from 233 countries for the past two years to get their input on how autonomous vehicles should behave, morally, in life-or-death situations.

The results from the poll have now been published in the journal Nature, and the results are somewhat expected with a few surprises here and there. 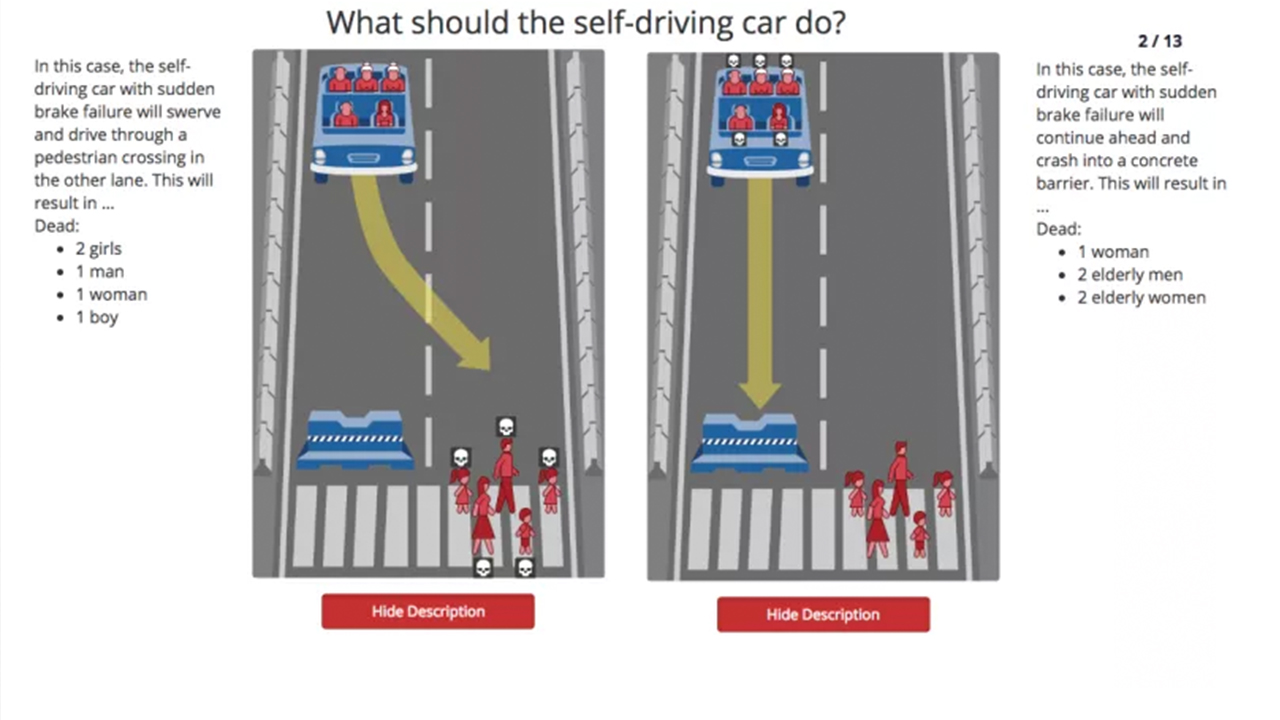 An example question, like the one above, has you dcide whether to kill a family of five with three children and two adults, or five people, four of whom are elderly. It forces uncomfortable choices, like valuing life based on factors like gender and age.

Edmond Awad is the leader of the Moral Machine and found that generally people all over the world chose to save humans over animals, youth over age, law-abiders over lawbreakers, and, if possible, more lives over less lives.

However, there were some other surprises listed in the chart below: 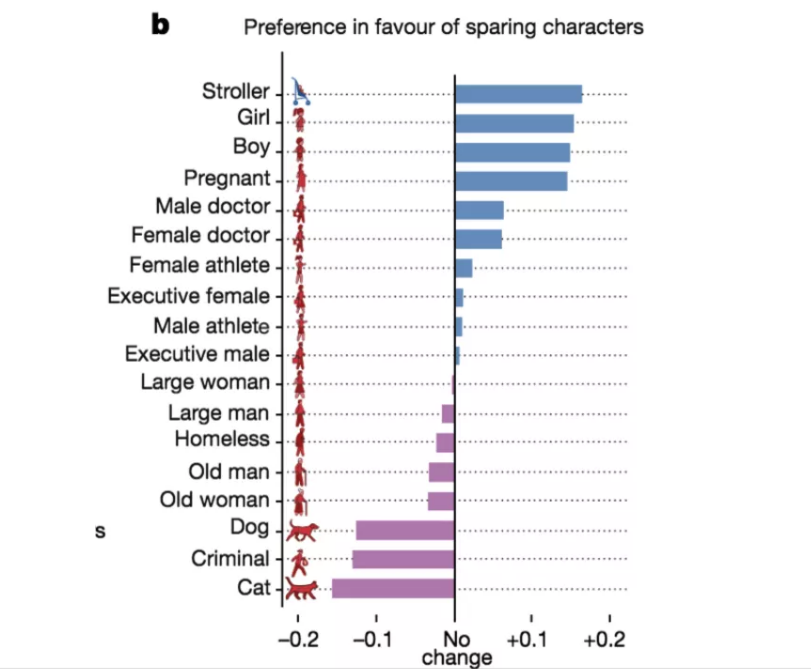 Basically, the chart shows who people are most inclined to not kill. A stroller with a baby gets the top spot, while cats are dead last. It’s also worth noting that dogs get preference over human criminals. And if you’re an old, large, homeless man or woman, you may want to avoid the streets. Hopefully, these won’t be choices that will have to be made daily but it’s interesting to see how people choose.