A study conducted by the NTSB has found that U.S. firefighters aren’t as prepared for the automotive industry to go electric as others might be. The main reason being that departments need different techniques for fires in battery-carrying EVs than standard gas vehicles.

The National Transportation Safety Board says the U.S. is unprepared to deal with EV fires with 31% of fire departments not training for EV fires, and 50% with no special protocols in place to deal with EVs.

Vehicle fires have been somewhat common with the growing popularity of electric vehicles. While an average of 171,500 highway vehicle fires happened annually in the United States from 2014 through 2016 with the vast majority of them being gasoline-powered cars. With more electric vehicles on the market, that number could shift. Although automakers build safety systems into their battery packs, fires still occur as with any vehicle.

You may think, what’s the big deal then if EV fire numbers are low? The data shown by the NTSB study is alarming because a burning gas tank is not the same as burning lithium-ion battery cell pouches. The USFA says EV fires “can exceed 5000 degrees Fahrenheit” and “applying water or foam may cause a violent flareup”. There are also risks of electric shock and toxic fumes in an electric vehicle fire so training first responders to safely put out an EV fire is important which isn’t happening currently.

The takeaway from the study is that first responders and fire departments need to be taught safety and protocol measures for electric-vehicle fires.

*Note: there are more than 29,000 fire departments in the U.S. This survey asked for information from 32 of them. 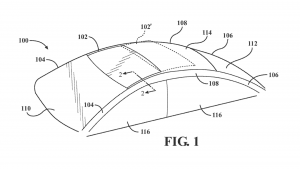