And no, we’re not talking about the scene out of Blues Brothers.

Over the weekend, Illinois State Police joined Northwest Indiana officers in pursuing a vehicle carjacked in Chicago. While the stolen 2011 silver Hyundai Elantra eventually crashed, it wasn’t without banging up at least 4 patrol cruisers along the way.

It turns out teenagers were behind the wheel of the Elantra including one 15-year-old girl and two boys, 15 and 13. The three led police on a 45-mile chase that ended in Indiana after damaging a total of six vehicles.

The patrol cars were damaged in various ways from attempted PIT maneuvers with the Elantra, slamming into walls, and even catching fire. An officer in the engulfed vehicle was taken to the hospital but is expected to be okay. The remaining cruisers were hit by a non-involved vehicle and punctured by a spike strip laid by Indiana officers.

The chase was finally ended only when the Hyundai exited the highway and crashed into a median in Merrillville, Indiana. Officers then identified the carjackers and treated them for injuries before returning them to a guardian back home in Chicago.

Only the 15-year-old female driver could reportedly be facing potential charges and the incident is still under investigation by the Illinois State Police and Chicago Police Department. 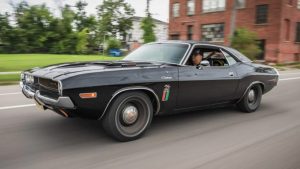