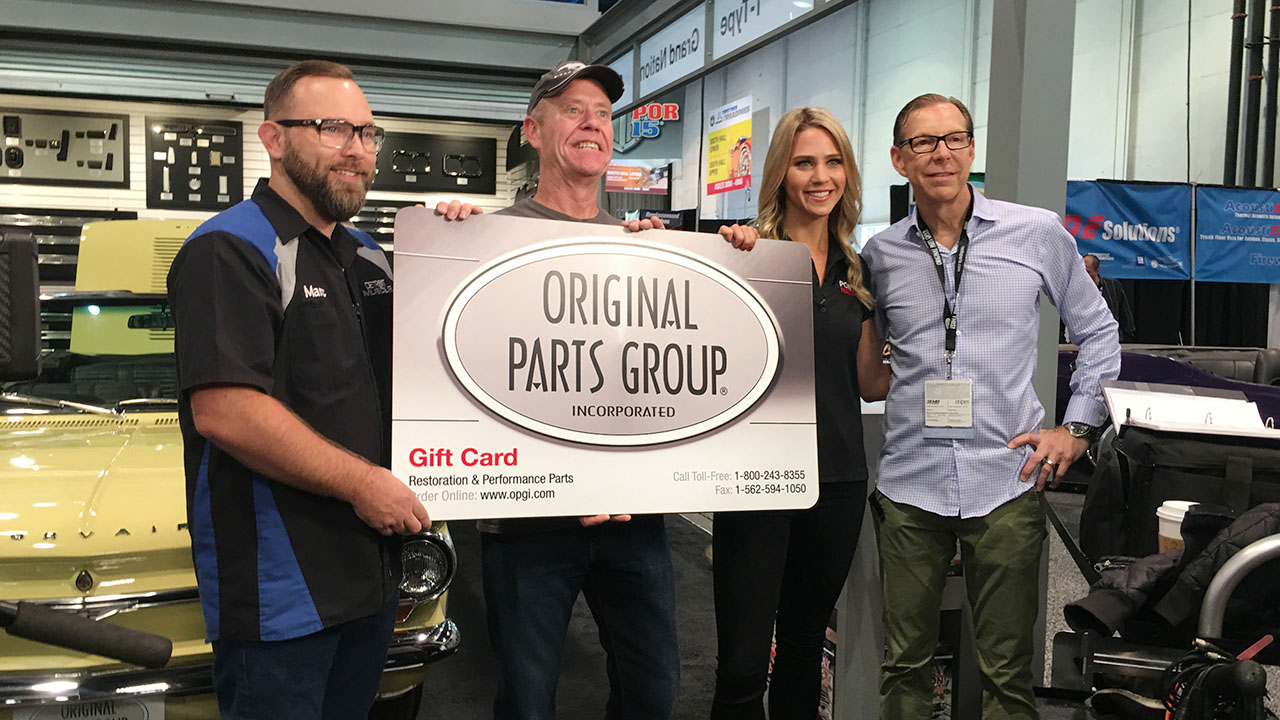 OPGI, or Original Parts Group Incorporated, threw a sweepstakes for a $5,000 gift card, and they presented the winnings to one lucky winner at the 2018 SEMA show in Las Vegas. Our own Katie Osborne and Marc Christ were at the OPGI booth to talk to the winner, Scott Dawson, about his big win.

Scott’s wife found out about the sweepstakes and made sure that her husband put in an entry. “My wife was checking our emails to track our products that we had just purchased and told me I should enter this contest,” Scott tells us.

Scott submitted his entry into the sweepstakes and didn’t think much of it until he received a call that he actually won the entire thing. His entry was chosen over 8,000 others, and he only entered one time.

After a house fire this February, winning the OPGI sweepstakes was a nice surprise for the Buckley, Washington resident. Now he can get a head start on restoring his 1972 Buick Skylark Coupe. His plan is to make a nice cruiser with decent amount of torque.

“I may buy some suspension pieces, or I might buy some interior pieces. I’m not sure since I have quite the list,” Scott says after we asked what he plans to buy with his big winnings.

“Unbelievable. I can’t believe I won it.”