Ford is the leader in pickup sales in the U.S. and it’s looking to add another model soon.

Reports are saying that Ford COO Jim Farley has told dealers a compact unibody pickup is coming to showrooms in 2021 with a starting price under $20,000. However, Ford has not publicly confirmed the report. Ford spokesperson Dawn McKenzie said in a statement to Car and Driver that the company is “significantly expanding our North America lineup with all-new vehicles and entering new segments with fresh designs and white-space silhouettes that will position us for even more growth.”

As of now, Ford’s least expensive vehicle is the subcompact EcoSport SUV, followed by the Ranger pickup which starts at $25,605.

While details on the compact pickup haven’t been revealed, it’s understood to be similar to the Ford Fiesta-based Courier built in Brazil with ended production in 2013. Reason behind this theory is that Ford recently applied for a U.S. trademark on the Courier name. A camouflaged vehicle suspected of being a prototype for the vehicle has also been spotted at a Ford development facility in Michigan. 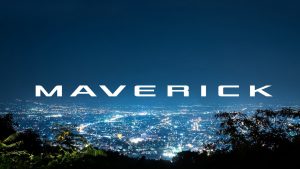