Here's the latest from the Sunday morning fatal accident on Hooper Avenue in Toms River. Crews are working to release the Porsche. #WOBMNews

This crash is a strange one. And unfortunately has taken the lives of two people so far. Somehow a Porsche driver in Toms River, New Jersey made their way off the road and ended up flying into the second floor of a building.

Details are still being reported however it is known that the accident happened around 6 a.m. on Sunday. One person was confirmed dead at the scene, and another fatality reported afterward. Both people are believed to have been passengers in the Porsche. Fortunately, there was no one in the building at the time of the accident.

Police say the vehicle’s high rate of speed combined with the size and shape of the hole in the wall may mean the cause of the accident was the driver hitting a curb and possibly ramping over the building’s landscaping.

Although vehicles crashing into buildings isn’t all that uncommon, it’s not often they reach the second story and end in fatalities. 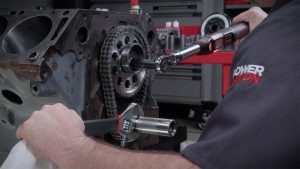