Jalopnik writer, David Tracy, is a self-proclaimed Jeep hoarder. He lives in Troy, MI, and has about 12 project vehicles on his rental property. Locals are calling it an “eyesore,” though he (along with other gearheads we imagine) would say otherwise. It’s gone so far as to one citizen calling the city to complain about the aesthetics of the property.

Tracy received a letter from his landlord:

While Tracy is actively working on most, if not all, of the vehicles and keeps his property as a place to wrench on and store his project, the Housing and Zoning Inspector claims it does not comply with the city of Troy’s Property Maintenance Code.

If you’re curious what Chapter 82 mentioned in the letter above is in reference to, here it is:

INOPERABLE MOTOR VEHICLE. A vehicle which cannot be driven upon the public streets. Inoperable vehicles include, but are not limited to those that are unlicensed, wrecked, abandoned, in a state of disrepair, or incapable of being moved under its own power.

302.8 Motor vehicles. No person shall permit the accumulation of one or more inoperable vehicles outside of a completely enclosed building for a period of more than fourteen (14) days. Inoperable vehicles are those that are not in operating condition and eligible for use in accordance with the requirements of the Michigan Vehicle Code, being MCL 257.1 through 257.925. These minimum conditions include, but are not limited to: an engine that runs, four wheels and four pneumatic tires capable of holding air, working battery, and current license plates. This prohibition applies to owners, tenants, managers of private property, last registered owners of motor vehicles or transferees on a bill of sale covering a vehicle.﻿

Tracy wrote an article about the entire incident and stated he spoke directly with the Inspector who had no issues with his property prior to the complaint. Tracy has used the vehicles on his property as entertainment and topics of discussion for his readers for almost half a decade.

Tracy can’t possibly fix all those vehicles alone in 6 weeks’ time. So the plan is to junk the Kia, store the Golden Eagle in the garage, fix the 1991 Jeep Cherokee’s front axle, get rid of the Land Rover, and register everything else until they can be sold.

Tracy says that while he can appreciate the letter and ultimate goal of the city, he is going to continue buying and fixing up junkers (just maybe not so many at one time). 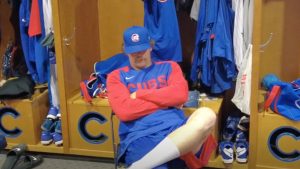 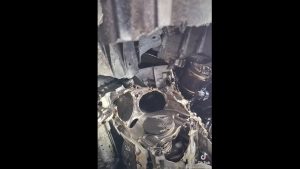