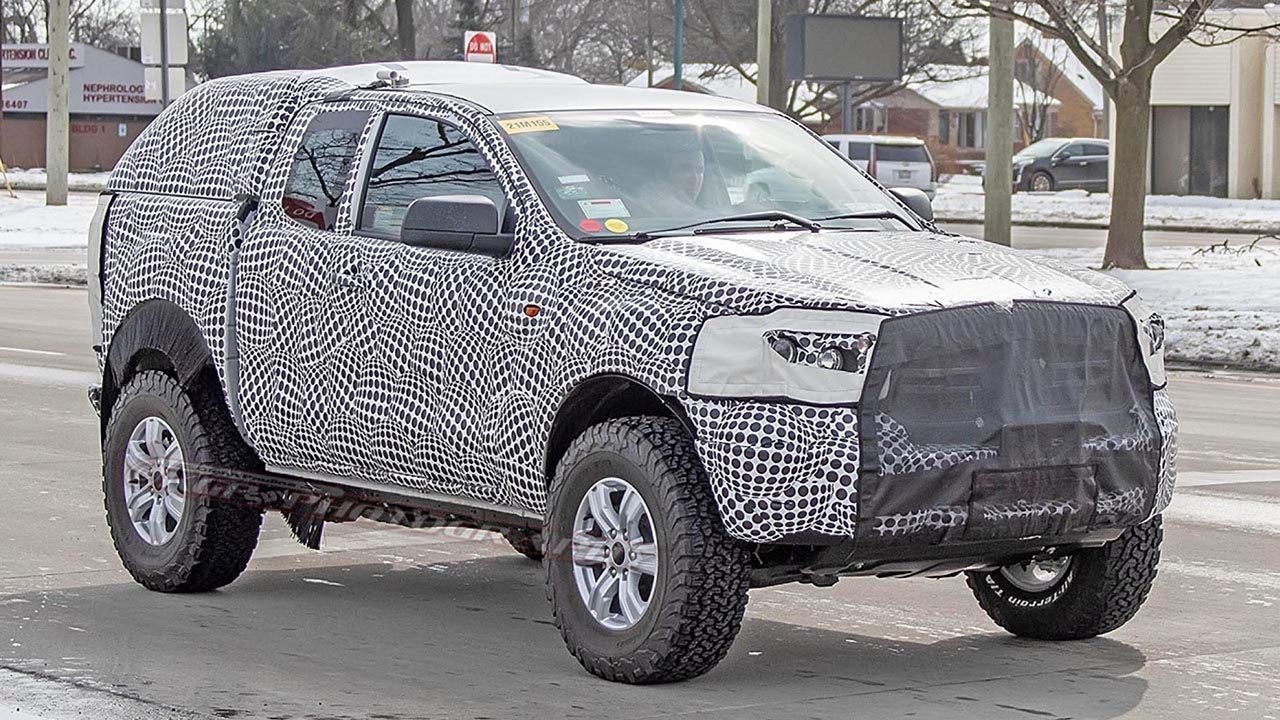 Whenever camouflaged prototype or test mule photos surface, they usually look odd. A very bizarre looking camouflaged Ford was caught testing near the Ford headquarters near Dearborn, Michigan. While some suggest it could be the new Ford Courier, a small car-based pickup that is slated beneath the Ranger in Ford’s lineup, others believe this could be the new 2021 Ford Bronco. (Yes, the rumor is that the Ford Bronco will now come as a 2021 model instead of 2020.) And don’t worry Bronco fans, this isn’t what it will officially look like. Underpinnings need to be tested. 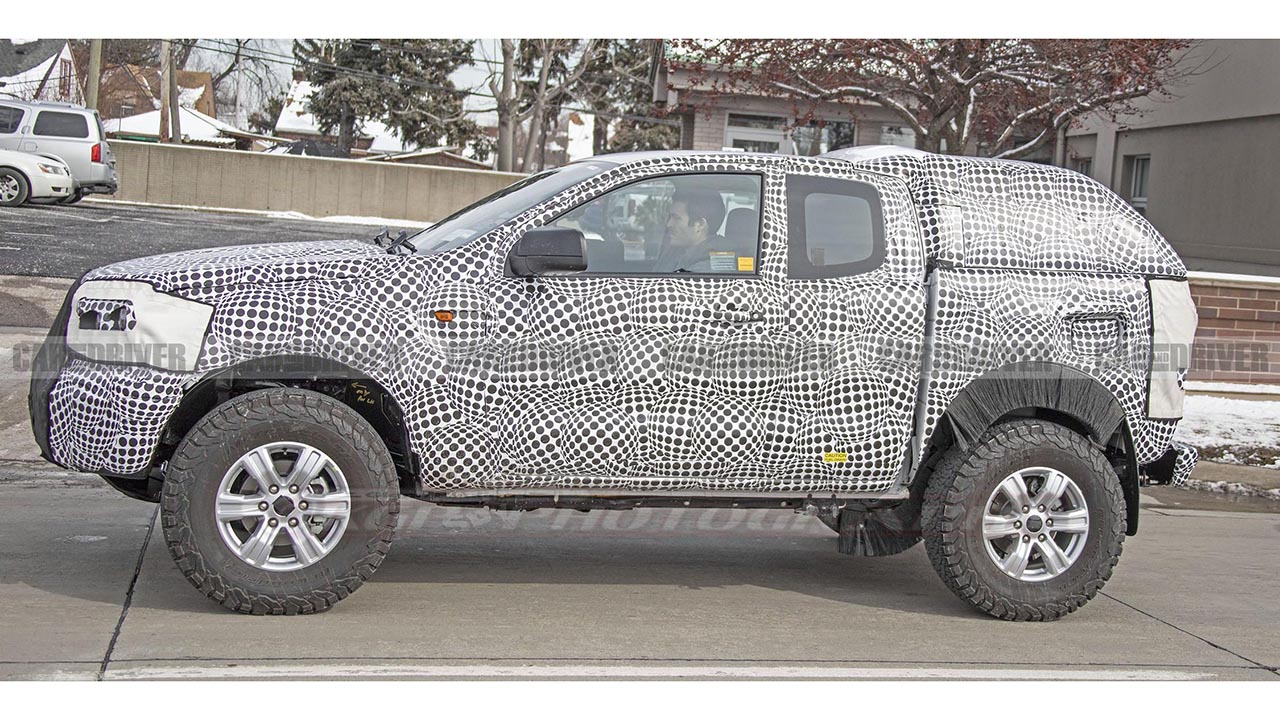 It’s no secret that this reborn Bronco will likely be sharing the same platform as the next-generation Ford Ranger. The cab looks like a Ranger and there’s ground clearance with large off-road tires and it features a front bash plate. Looking at this test mule, the short wheelbase would suggest that this is the Bronco since a wheelbase that short could potentially be dangerous for a pickup truck. It also looks to have independent front suspension with the rear covered with fringe as to not give anything away. While the Ranger does feature a solid front axle, it isn’t impossible for the Bronco to break the mold and be fitted with an IRS. With the Baby Bronco said to share the platform with the Focus, we can definitely rule that out as a possibility. 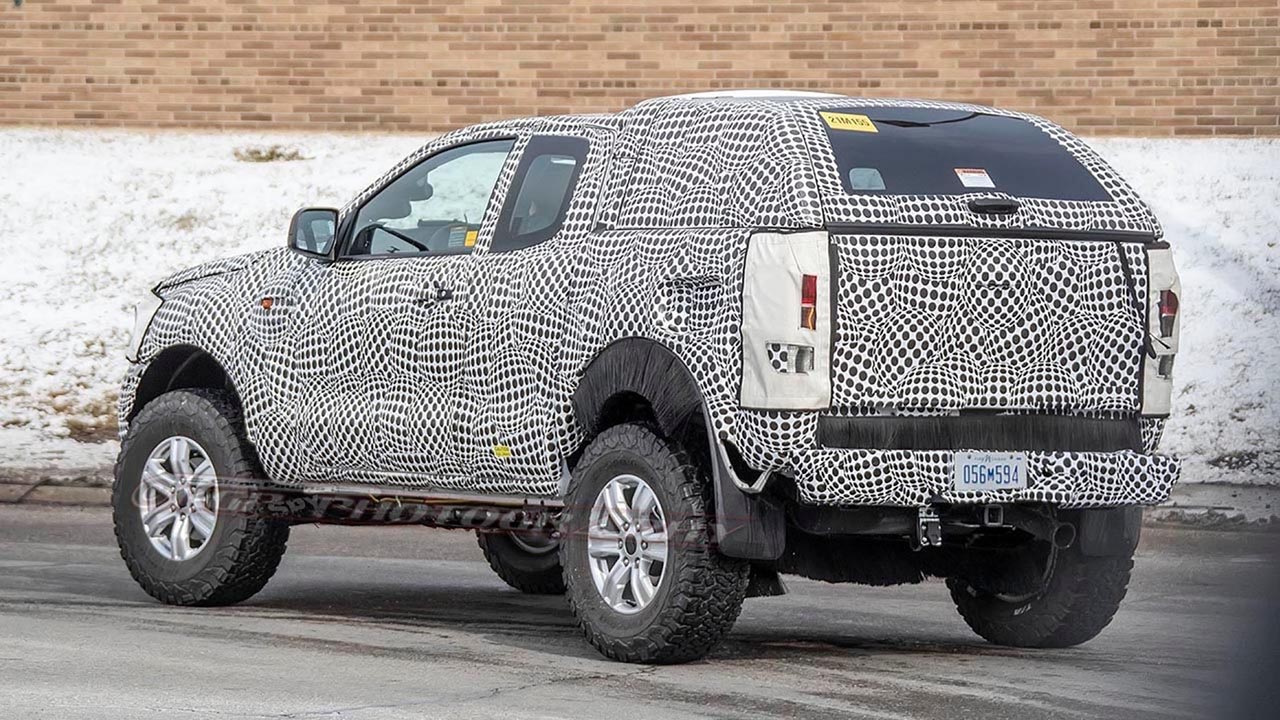 This could be serving double duty testing for both the new Bronco and the next-gen Ford Ranger on the all-new frame. It also is rumored that it will feature a new V6 engine as well as a new frame. Ford likely won’t reveal this until later this year, and maybe even wait until next year. It looks like we will certainly see many teasers until then. 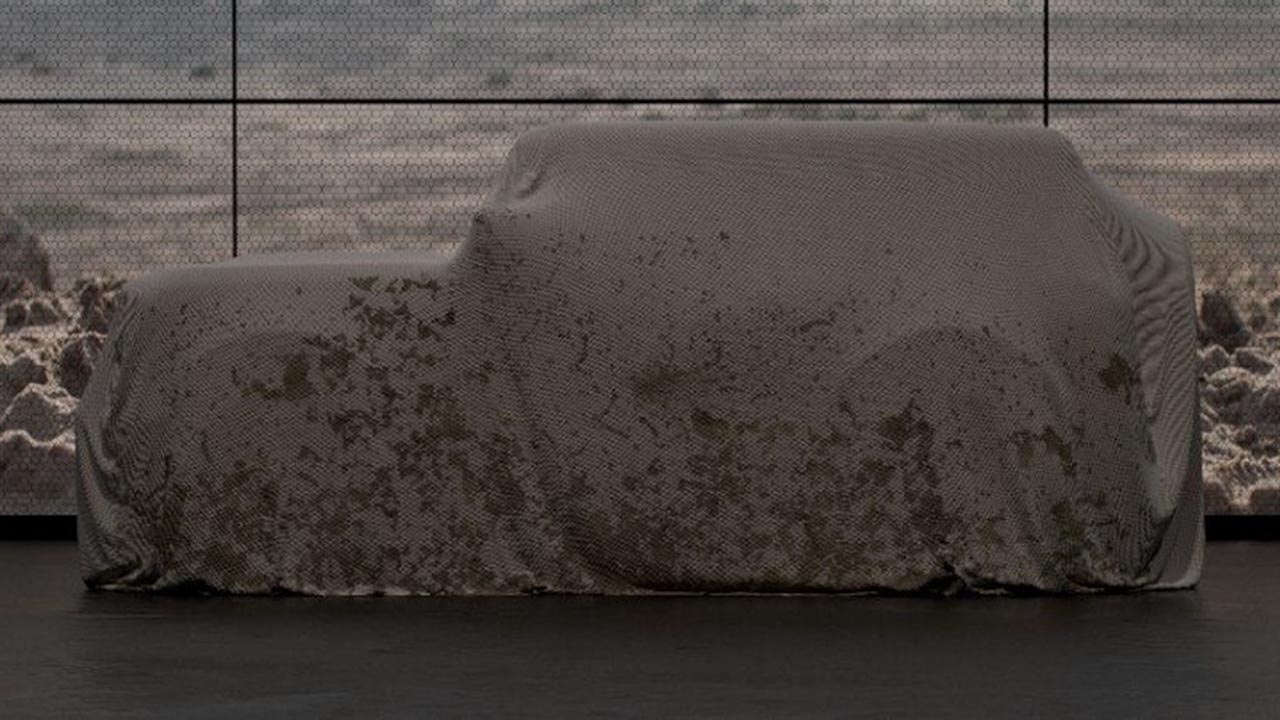 The official Bronco teaser photo from Ford that teases a bulky off-road profile. 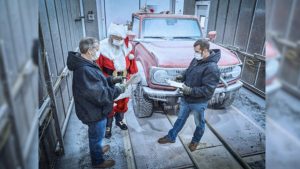 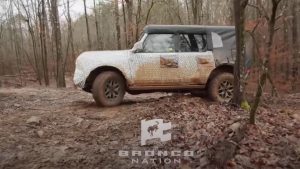