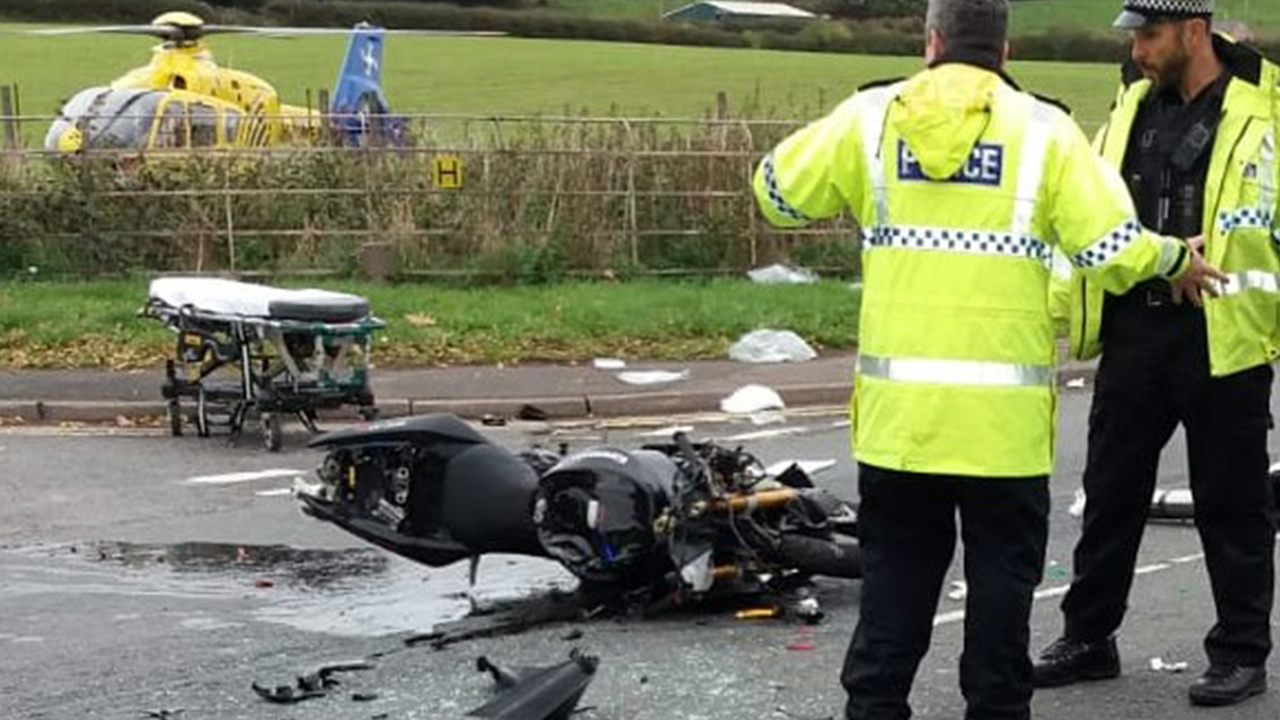 A Cheshire, U.K. motorcyclist is thanking the doctor who performed emergency open heart surgery on him on the side of the road. John O’Brien was involved in an accident in October 2018 while riding his motorcycle. Firefighters, paramedics, and police were first on the scene with a doctor from the NW Air Ambulance and a local doctor, followed by Cheshire Fire and Rescue Service Medical Director Dr. Mark Forrest. 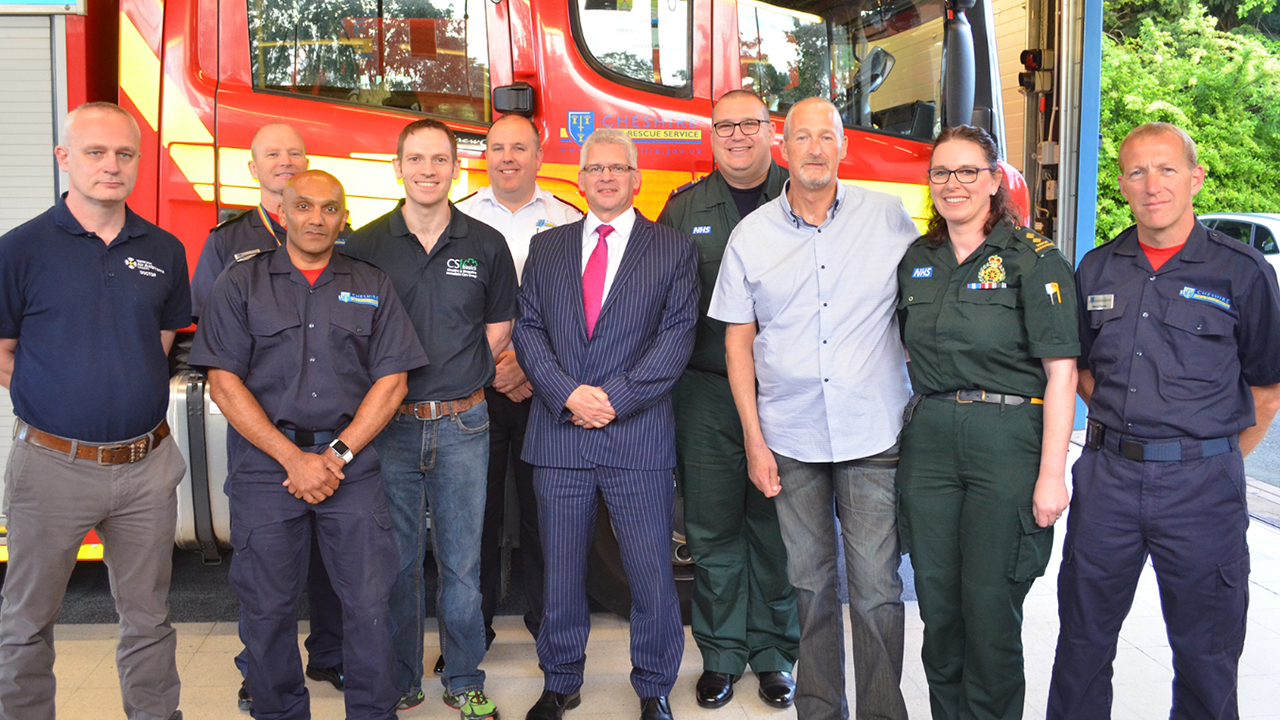 O’Brien had been anesthetized at the scene however, just before being loaded into the helicopter, he had a cardiac arrest. Conventional resuscitation wasn’t working and just as things were looking hopeless, Dr. Forrest tried once again to de-compress his chest. When there was no response, the only option left was to operate and open Mr O’Brien’s chest in the middle of the road. 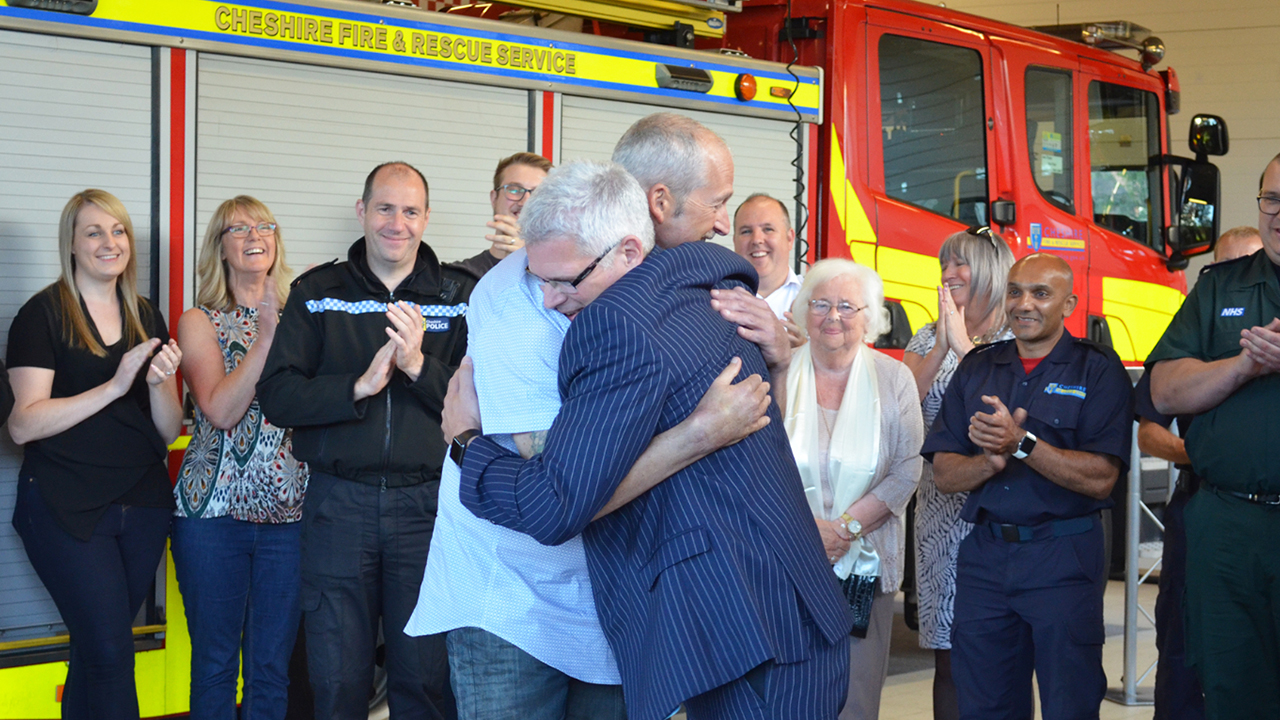 John’s chest was completely cut open, exposing his heart and lungs, to allow treatment of his internal bleeding, lung injuries and bring him essentially back to life. Within a matter of minutes, his heart was beating strongly and the bleeding had been controlled. He was quickly loaded into the air ambulance and flown to the Major Trauma Centre for further life-saving surgery.

Thanks to Dr. Forrest and the rescue team John was able to walk his daughter Amy down the aisle. He thanked everyone involved in his rescue at an evening reunion where Dr. Forrest was given a commendation by Chief Fire Officer Mark Cashin for his work that day and the other doctors, firefighters, paramedics, and police also attended the event.