YouTube user, Mark Freeman, spends a lot of his free time destroying and jumping pretty much anything on wheels. This time, Freeman decides to see how far a Ford F-250 Super Duty can jump.

The truck used in this particular stunt is an older model Super Duty with a 6.8-liter Triton V-10 under the hood, although it’s definitely seen better days.

Freeman set up a remote fuel-cutoff switch so that he wouldn’t have to actually be in the cab for the jump. In the name of safety, of course. He wedged the gas pedal with a 2×4 and sends the truck into drive. After a few attempts, he finally gets it down and sends the truck flying. It was apparently a Guinness World Record attempt, so we’ll have to see if he made it or whether he’ll be back with another truck. 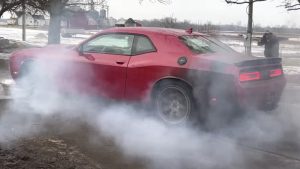 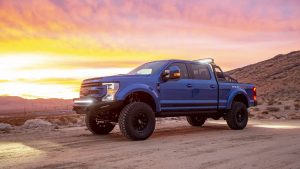