Some people just can’t appreciate a good project car. Reddit user Jimothyisyouruncle’s girlfriend appears to be one of those people. Yes, project cars can be time-consuming and money pits, we get it. But waiting until the owner goes out of town to send the car off to the junkyard? That’s a bit much.

He explains in his Reddit post that he recently purchased his first house that had a 2.5 car garage. As most gearheads would do, he brought the 1967 Chevrolet Impala in and started tearing it down for a complete restoration.

It should be noted that the Impala was residing in the house before the girlfriend. While he purchased the house in 2019, the girlfriend moved in this year, although has reportedly never been a fan of the car. The real problem began when the girlfriend wanted to park her vehicle inside the garage, and he suggested parking inside or in the barn on his property being that his daily driver and the Impala are in the garage. He backs it up with the classic “it’s my house, my rules” logic. Fair enough.

However, when he heads out of town for a few days on business, the girlfriend decided it was her time to shine. When the guy returns home, he notices the garage is unusually empty. The girlfriend proceeds to tell him that while he was gone she hired people to come over and move everything related to that car, including the drivetrain, body, and chassis and all parts, and take it to the local dump/scrapyard.

As you can imagine, that did not sit well. The guy says at this point, he had spent over $11,000 on that car between parts and labor. The guy tells her he would be taking her to court for that and she apparently didn’t care. He also told her this was it, and she needed to get her things and get out.

The guy went ahead with getting a lawyer. He reportedly has all the receipts for parts bought and the real kicker, has video of the girlfriend on the house’s security cam footage letting the guys in and taking it away so he has a pretty solid case. The girlfriend’s friends and family are appalled saying this guy is crazy and that she can’t possibly repay the money for the car and nor should she have to. He’s saying she absolutely should.

In an update on the original post, the guy ended up filing an official police report against her for grand larceny and grand theft auto. And in a twist of fate, they actually ended up finding the car and the two have been reunited. 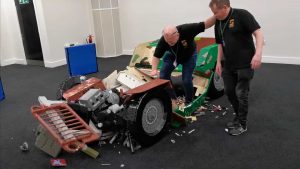 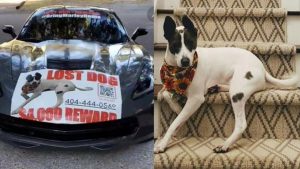 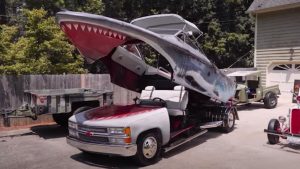