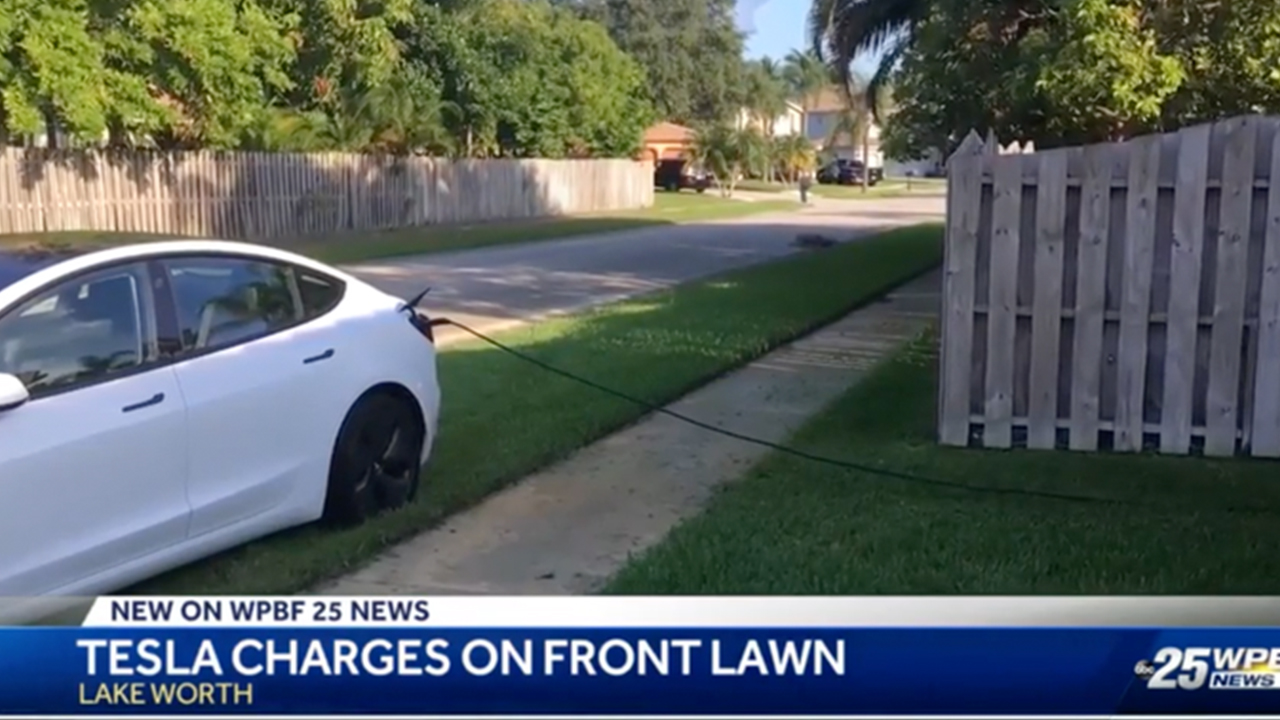 The downside to electric vehicles is that unlike gas stations, there aren’t charging stations every few miles. That may play a part in why a Florida man ditched his Tesla on another person’s lawn, stole electricity from that house, and walked off in the middle of the night.

Local news, WPBF 25, reported the event in Lake Worth after the Model 3 owner said his car’s battery died on the way to a friend’s house. So he figured, the best decision he could make was to pull up onto a stranger’s front lawn and stretch a 120-volt cord to an external outlet and leave the car for 12 hours.

Homeowner Phil Fraumeni said he woke up the next morning to a call from his landscaper asking him to move his white Model 3 off the lawn. Fraumeni replied he didn’t have a Model 3. That’s when he saw the setup that had been draining electricity while he slept. He reportedly waited several hours for the car’s owner to return before calling the police, who then tracked down the owner. He showed up to get his car, didn’t apologize to Fraumeni or offer to reimburse him for the electricity he “borrowed”. Luckily, Fraumeni decided to drop the trespassing charges.