If you’re the kind of driver whose sound system is as loud as your car, a new Florida law may convince you to turn it down from 11. According to a report by WFLX, music that is “plainly audible” from 25 feet away or more could result in a ticket.

Violating this law would be seen as a non-criminal traffic infraction. The law also extends to drivers for playing music “louder than necessary” outside churches, hospitals, or schools. Breaking this law can result in fines of up to $114.

Of course, this law does not extend to horns, emergency vehicles, commercial vehicles that create a sound for their business (ex: ice cream trucks), or vehicles intended for political purposes. One county of the Broward County sheriff’s department said they would be issuing warnings for the first month to give the Florida Department of Highway Safety and Motor Vehicles to determine the definition of what is considered “plainly audible”. This law also extends to loud exhausts, though there are already laws covering them.

While some locals criticized the new law, calling it a “revenue device”, others praise it for keeping the streets a little quieter. 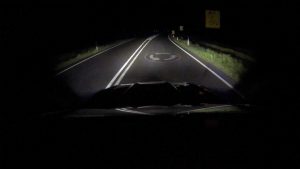