Chevrolet has come to terms with the fact that its Camaro sales are severely lacking when stacked up against Ford’s Mustang. After its revival in 2010, the Camaro was a crowd favorite. But they haven’t kept up in terms of supply and demand. For people out there, who can’t afford the V8 and packages like the ZL1 are turning to Ecoboost Mustangs and the like. The Automotive News Data Center reported that so far in 2018 48,362 Mustangs have been sold while just 29,551 Camaros have left the lot. The Chief Engineer for the Camaro acknowledged the issue, “Frankly, the Mustang’s been eating our lunch”. So if Chevy can get an entry-level car at an affordable price, maybe they’ll have a shot. 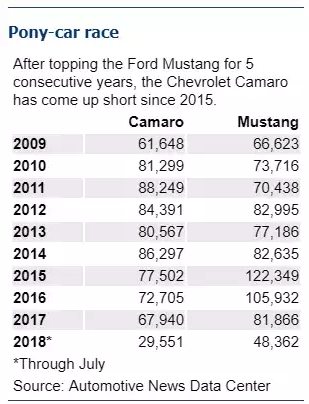