Discovering a barn find is a lot like hunting for treasure because the thrill of discovering something valuable that’s essentially been lost for decades is just fascinating. However it’s not everyday someone comes across a barn find that’s SO rare and SO valuable at the same time! What’s cool about a lot of these barn finds is that they leave the original dirt on the car to keep it in the exact condition it was found in to help drive the value up.

This particular car is a one-of-a-kind 1969 Ferrari Daytona 365 GTB/4 Alloy that was discovered in a barn in Japan after being hidden for almost 40 years! What’s so unique about this Ferrari is that the body is aluminum which is apparently the only one in existence. The car was recently put up for auction in Italy and sold for $2.2 million! It’s a magnificent car and it being so rare is enough for any collector to want. We can’t imagine the value of this car within the years to come! From time to time you hear about extremely rare automobiles being discovered in barns and being auctioned off at super valuable prices and it’s just flat out awesome! It’s a really cool car and we’re sure there’s more valuable and rare cars out there yet to be discovered! 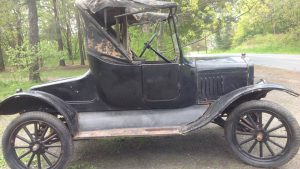