H1 Hummer’s are synonymous with the U.S. Army like peanut butter is to jelly, but in an effort to solidify themselves as an all-electric automotive manufacturer, General Motors has also set their sights on changing military vehicles one day.

First reported by GM Authority, the General Motors Defense unit unveiled a prototype for an Infantry Squad Vehicle (ISV) that it’s creating for the U.S. Army. In its current form, the ISV is powered by a 2.8L Duramax turbodiesel. However, GM is in talks to develop one in the future that runs on electricity only, which could be an interesting prospect as we move forward.

GM Defense refers to the truck as the All-Electric Concept Vehicle, and this modern military-grade truck will offer a new design that uses an EV powertrain with the same “wartime” capabilities as the Army’s regular ISV. It should be interesting to see how it unfolds, considering the harsh climates these vehicles are typically exposed to.

A study released by Geotab that conducted tests on 6,000 electric vehicles in hot climates found the heat decreased battery health much faster than in temperate climates, so we’re curious to see how GM plans to combat that. The last thing a soldier wants is to be in hostile territory and have a dead battery. In addition to the study, those who used Direct-current fast charger (DCFC) in hot climates saw an even faster rate of battery degradation.

The current ISV design is based on the Chevy Colorado ZR2 pickup truck, and it was developed by GM Defense for the deployment of nine soldiers and the entirety of their gear onto the battlefield. The truck uses 90 percent commercial components, and according to the architectural chief engineer, Mark Dickens, the ISV is almost identical to the Colorado ZR2 “from the waist down.”

The electric prototype will replace the 2.8L turbodiesel with an eCrate electric drivetrain conversion kit. At some point, General Motors plans to offer it as an aftermarket product for custom car builders, which is something we haven’t seen much of to date. We’re accustomed to seeing crate motors like the Hellcrate, but it’ll be interesting to see how car builders adapt to the transition.

The eCrate is slated to offer 200-horsepower and 266-pound-feet of torque from a Chevrolet Bolt EV, which offers a 60-kilowatt-hour battery pack, wiring harness, power control unit, and liquid cooling system for the batteries.

Testing has just begun on the electric prototype, but the initial estimates claim it can achieve a range of 70 to 150 miles on a charge. 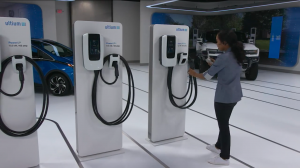 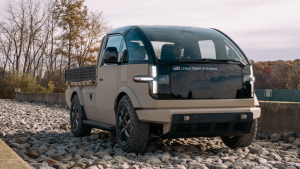