This SUV has become the most famous vehicle across the internet since a video feed of it being stranded in the ocean during Hurricane Dorian went viral.

You would think driving down the beach during a hurricane wouldn’t be the brightest idea but this Myrtle Beach Jeep driver thought it would be fun. Naturally, people who saw the stranded driver started streaming the whole charade and even the local news got in on it.

It’s reported that police received reports of the Jeep on the beach as the storm rolled in. When they got to the scene, officers found the Jeep locked and abandoned. Myrtle Beach Police Department did some digging and learned that the owner’s cousin drove the Grand Cherokee onto the beach on purpose. The intention was to get a picture of it with the sunrise before the storm. You would think there would be other opportunities for a sunrise photo session but, hey.

As it turns out, before the driver could leave, the Jeep got stuck. By the time he returned with help, it was too dangerous to try and save the SUV. As if that wasn’t bad enough, the Jeep’s owner apparently didn’t even know the whole situation was unraveling until the police informed him. We have a feeling the driver is going to be paying for this mistake for a while… 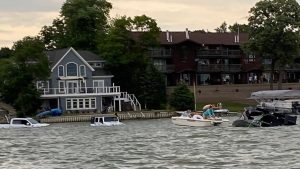 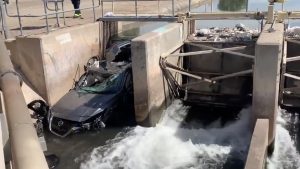 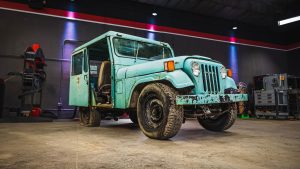