Today on PND…
• VW May Use Ford Plants For Manufacturing
• Chevrolet Revealed The 2020 Silverado
• A Heroic Florida Trooper Gets Taken Out After Pushing A Man Out Of The Way Of A Car
• A Classic Car Dealership Hit By Tornado Just 1 Year After Fire
• PowerNation Will Anchor Sunday Mornings On History
• And Top 5 Fast Fails: Classic Cars

VW and Ford
There have been rumors circulating that Ford Motor Co. may be closing plants and laying off employees due to drastically cutting back the number of vehicle models it will produce in America. However, Volkswagen may not let those plants go to waste. There is a discussion between the two automakers that Volkswagen may produce its vehicle in empty US Ford plants. Currently, VW only has 1 plant in the US in Chattanooga, TN but is looking to expand. The automakers are in negotiations to build a global automotive alliance which could strengthen Ford’s presence in Europe and VW’s in America. VW would not take an equity stake in Ford. What are your thoughts?

2020 Silverado
Chevrolet just released its new 2020 Silverado HD. This is the third Silverado model in 18 months due to catering to the needs of different customers. This one is the HD, for the heavy-duty side of things, and it will debut in February 2019. The interior has been given 3 more inches of legroom on the crew cab models. It is said to have an all-new direct-injection gasoline engine shifted by a six-speed transmission, or you can opt for the Duramax Turbo-Diesel V-8 capable of 910 ft-lb of torque and mated to an Allison 10-speed transmission. If interested, these will go on sale sometime mid-2019. More details to come.

Heroic Trooper
Rubbernecking never leads to anything good. It never fails that when there’s an accident on the road, people either slow down to check it out or are in so much of a hurry to get through traffic they don’t pay attention. That’s what happened here and it led to the hospitalization of a Florida State Trooper. He was responding to an accident on I-95 and talking to one of the drivers involved on the side of the road. A white van is seen speeding down the road and plows into the back of an Audi which careens into the accident scene. The trooper manages to push the civilian out of the way but can’t get himself out of the way and ends up being hit by the Audi. We wish him a speedy recovery.

Classic Cars Dealership
This classic car dealership can’t catch a break. After rebuilding from a fire just last year, Country Classic Cars in Staunton, Illinois has been hit by a burst of tornados. Russ Noel built up the dealership of over 150 cars and has classics throughout the buildings. But when disaster struck on December 1st, the tornado took out at least 3 buildings. Cars including a Ford Falcon Futura and a Mercury Capri were damaged, but Noel says he plans to rebuild the shop yet again. 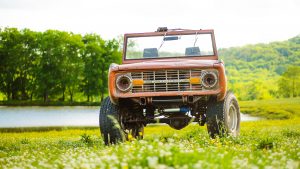 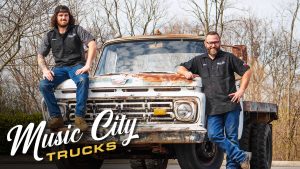 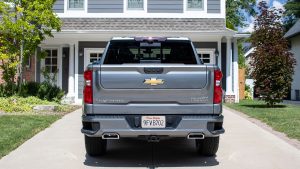 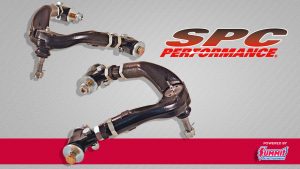