Memphis, Tennessee has had a growing issue with street racing and noise complaints due to cars with aftermarket exhausts. News Channel 3 reports that Memphis Police received 1,973 calls for a vehicle disturbance in 2020 which is more than 2019 and 2019 combined. The city is cracking down on drivers with the help of state lawmakers who are trying to pass laws which would increase penalties for street racing.

The Memphis City Council recently passed an ordinance drafted by Councilman Canale that will outlaw modified mufflers. Under the ordinance, Memphis Police can write a citation and then require a mandatory court appearance in addition where a judge can require a repair or replacement to the car. The judge will also give the driver a voucher for the work.

The voucher means the driver won’t owe a dime for the repairs. Where’s the money come from? Private donors are covering the repair costs. Local businesses and residents are apparently so over the issue they are willing to pay – literally.

Megan Medford is part of the Summer Avenue Merchants Association which is the organization that started raising money for the repairs. Medford says, “We got a $10,000 donation from Bill Townsend and we had some anonymous donations since then.”

It doesn’t stop there, though. Another bill has been filed that, if passed, would classify illegal street racing as a Class A misdemeanor instead of a Class B. This would essentially equate it to a DUI charge. Anyone convicted could receive a $2,500 fine and up to a year of jail time. Depending on whether the bill passes, the council will issue another additional ordinance allowing police to ticket spectators, organizers and passengers. 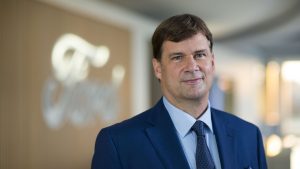